Danish and Norwegian: How Similar or Different are they really?

Norway was a part of Denmark for several hundred years which is why the Norwegian and Danish languages are very similar to this day. This similarity however is mainly limited to their written form, as the pronunciation of these two languages differs quite a bit.

The closeness between spoken and written Norwegian makes it a great entry point for someone wishing to learn a Scandinavian language. The Danish language on the other hand has a pronunciation which is much more difficult for English native speakers.

Even though Danes and Norwegians often joke about the pronunciation of each other's languages, they share much of the same vocabulary and grammar.

Now that we have some basic background, let's see in more detail the similarities and differences between Danish and Norwegian. Here is an outline of what we'll cover:

Norway is a fairly new country that was separated from Denmark in 1814. This separation occurred after a defeat in the Napoleonic Wars forced the Danish king (Frederik VI) to surrender Norway to the Swedish king (Karl XIV). Norway did not become independent until 1905.

The Scandinavian languages originate in the North Germanic branch, which is distinct from the West Germanic languages (such as English, German and Dutch, etc…). This distinction happened around the sixth century CE and is attested through runic inscriptions.

From the 14th century Norway was under Danish rule, and the distinct Norwegian Old Norse dialects only continued to be spoken as rural dialects.

From the 16th century Norwegian became a dialect of Danish. Their written language became de facto Danish, and the spoken language only kept its distinctness in rural communities. The official Norwegian language was Danish until Norway was surrendered to the Swedish King in 1814.

From then on, Norway experienced a surge in nationalism which urged the Norwegian linguist Ivar Aasen to create a new form of Norwegian. Aasen and his followers wanted to limit the Danish influence on Norwegian and developed “Landsmål” (rural tongue) which was thought to be a truer form of Norwegian.

Are Danish and Norwegian similar?

Whether or not Danish and Norwegian are similar languages depends on who you ask. Danes would say that Norwegian is just a dialect of Danish, whereas Norwegians would claim that they have a completely independent language.

But who is right? Probably both. As emphasized in my brief overview of the history of Danish and Norwegian, the languages share a long history together and have only relatively recently diverged from each other.

A report from the Nordiske Ministerrådet ([1]) showed that many Danes did not understand Norwegian very well, whereas Norwegians understand Danish quite well.

Despite the fact that most Norwegian vocabulary is similar to Danish vocabulary, this similarity doesn’t extend to the grammar . Norwegian grammar has a different sentence structure and uses three genders whereas Danish only uses two. This causes some problems when Danes try to understand Norwegian.

However, there are actual differences between Danish and Norwegian.

In the Norwegian language, the spelling is close to the pronunciation, whereas this is less the case in Danish. This is often joked about in Denmark where Norwegian is said to sound like a very simplified version of Danish.

Are Danish and Norwegian mutually intelligible?

The short answer is yes. Danish and Norwegian are mutually intelligible, meaning that Danish people can understand Norwegian (particularly in its written form) and vice versa.

This mutual intelligibility between Danish and Norwegian is stronger for the written forms of the languages and weaker for the spoken forms.

Danish and Norwegian are very similar languages that separated fairly recently. Therefore, much of the vocabulary and grammar is the same. However many Danes experience difficulty when speaking to their Norwegian neighbors.

Danes usually do not have any difficulty reading Norwegian, this is particularly the case for Norwegian Bokmål. This shows that it is not the Norwegian grammar or the Norwegian vocabulary that separates Danish from Norwegian. Rather, it is the pronunciation and the sentence structure which makes it difficult for Danes to understand Norwegian.

This is not only a question of linguistics. A study has shown that Danes have lesser interest in Norwegian affairs than Norwegians have in Danish affairs [1]. Norway has fewer inhabitants than Denmark, resulting in more cultural (and pop-cultural) offerings in Denmark than Norway. Thus, Norwegians are more inclined to seek out Danish culture than the other way around.

All of this does not mean that Danes are completely inept when it comes to Norwegian. Danes receive formal education in both Norwegian and Swedish in primary school in order for them to understand their neighbors. Many Danish companies have cooperation with Norwegian companies, and many Danish students choose to study abroad in Norway because of its proximity.

Even though Danish and Norwegian languages are distinct and studies have shown that many Danes have trouble understanding Norwegian, the two languages are still very similar.

While Danish and Norwegian are very similar in terms of their vocabulary, with regards to pronunciation they differ quite a bit.

Danish pronunciation has a tendency to leave out or weaken letters like 'p’, 't’ and 'k’. This phenomenon also occurs to a smaller extent in English: for example the letter 't' is weakened in the words 'wait' and 'waiting'. In Norwegian however this weakening of letters is very uncommon. ([2])

The Danish language tends to be less phonetic, thereby displaying discrepancies between its written and spoken form. With the Danish pronunciation, words are often cut short while consonants get softened and endings disappear. Some examples of this are:

Another difference are the “sj-” and “kj-” sounds which are common in Norwegian but do not exist in Danish. For example, Norwegian words like « skjære » (to cut) and « kjønn » (gender) correspond to « skære » and « køn » in Danish.

The Norwegian tongue-to-roof-sounds, called retroflex, combines two letters into one sound. This is often used at the end of words and sounds very foreign to Danes. Examples are:

Norwegian and Danish also differ in their pronunciation of some vowels. This is particularly apparent with the vowels 'a' and 'u'. 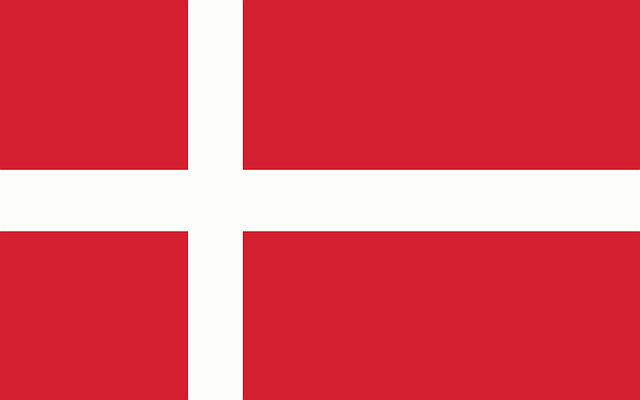 The vowel 'a' in Danish is pronounced like in the English word “cat”. It is called an open-mid front vowel because the tongue is moved forward in the mouth while still preserving an opening like most vowels. Its corresponding phonetic symbol is [æ]. 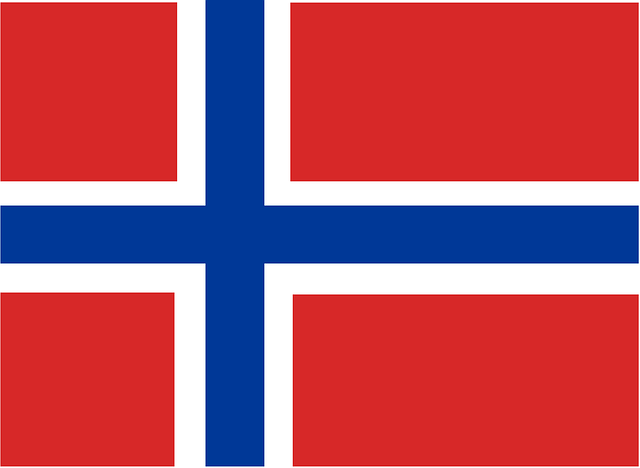 In Norwegian the vowel 'a' is pronounced like in the English word “bath”. It is called an open back vowel because the tongue is moved back in the mouth. Its corresponding phonetic symbol is [ɑ]

The vowel 'u’ is also pronounced differently in Danish than in Norwegian:

In Danish, the vowel 'u' is pronounced like the vowel in the English word 'boot’. To pronounce it the tongue is moved back in the mouth and almost closes the airflow. The phonetic symbol for it is [u]

In Norwegian, the vowel 'u' is pronounced like the vowel in the English word 'good’. The tongue is centered at the roof of the mouth. The phonetic symbol for it is [ʉ]

Vocabulary differences between Danish and Norwegian

For example, here are a few Danish-Norwegian vocabulary "false friends":

When dealing with commercial interests, there are also some Danish-Norwegian vocabulary "false friends" to watch out for:

Danish versus Norwegian vocabulary for numbers

Danish and Norwegian numerals from fifty to ninety are also different from each other. The Danish numeral system relies on a 'base 20' system, while the Norwegian one is constructed with compound words made of tens.

Danish and Norwegian also differ for names of geographical locations. Danish primarily uses variations of German geographical names, whereas contemporary Norwegian Bokmål tends to use latinized versions. For example: the word "Greece" in Danish is « Grækenland » while in Norwegian it is « Hellas ».

Thus, the differences in Danish and Norwegian vocabulary are highly political and mirror the political issues that took place in the 19th century and in more modern times, where Norway wanted to free itself from Danish influence.

Even though the Danish and Norwegian languages have their differences, their written language is pretty much the same.

This is particularly evident in the Danish and Norwegian educational system. In primary school Danes and Norwegians are taught each other’s languages and in universities texts are often from either side of Skagerrak. (editor’s note: the 'Skagerrak’ is the channel of water separating Denmark from Norway)

One of the most prominent differences, however, is the use of gender. Norwegian has three genders where Danish only has two.

The definite article '-en' is only visible when no adjective is used (the adjective being 'stor’).

In contrast, a Norwegian would write the following:

The definite article '-en' is visible even though there is an adjective (the adjective being 'stor').

Danish and Norwegian syntax are also different from each other but still understandable. A person from Norway might use the possessive pronoun after the word that it is modifying while a person from Denmark always places it in front of the word it is modifying.

But like the vocabulary this does not mean that Danes and Norwegians cannot understand each other – merely that they perceive the other form as archaic.

Danish or Norwegian: which one is easiest to learn?

Danish and Norwegian have very similar vocabulary and grammar. This means that learning the written language of either Danish or Norwegian pretty much means learning the other one as well.

Pronunciation, on the other hand, is where Danish and Norwegian are very different from each other. The spoken Danish language has many irregularities. In particular, the ending of words are often cut off, making it difficult to hear what is being said.

Norwegian in contrast is more phonetic than Danish, Norwegians pronounce most of the letters in words.

While neither Norwegian nor Danish would be a problem to learn for a native English speaker, Norwegian would probably be the best place to start for those wishing to learn a Scandinavian language.

Norwegian can be seen as the “middle language” of the three Scandinavian languages (Danish, Norwegian, and Swedish). Most of the vocabulary is the same across all three languages, and Norwegian resembles Swedish pronunciation with Danish grammar.

Thus, a Norwegian-speaker has much better odds of understanding both Swedish and Danish, compared to a Danish-speaker trying to understand both Norwegian and Swedish.

Whether you want to read the fairytales of H.C. Andersen in their original Danish versions, or dive into the memoirs of Thor Heyerdahl, the Scandinavian languages are waiting for you.

Danish and Norwegian are very similar languages,especially in their written forms. Differences between them are mainly in regards to pronunciation.

By Rasmus Hagemann Pedersen
Rasmus is a Danish writer with a background in linguistics.
Share