Silent letters in the Norwegian language

Learning a new language can be a challenging endeavor and some languages certainly have aspects that increase the difficulty. Norwegian, usually considered a fairly easy language to get the hang of, has silent letters that can prove to be a challenge if you encounter them unprepared. 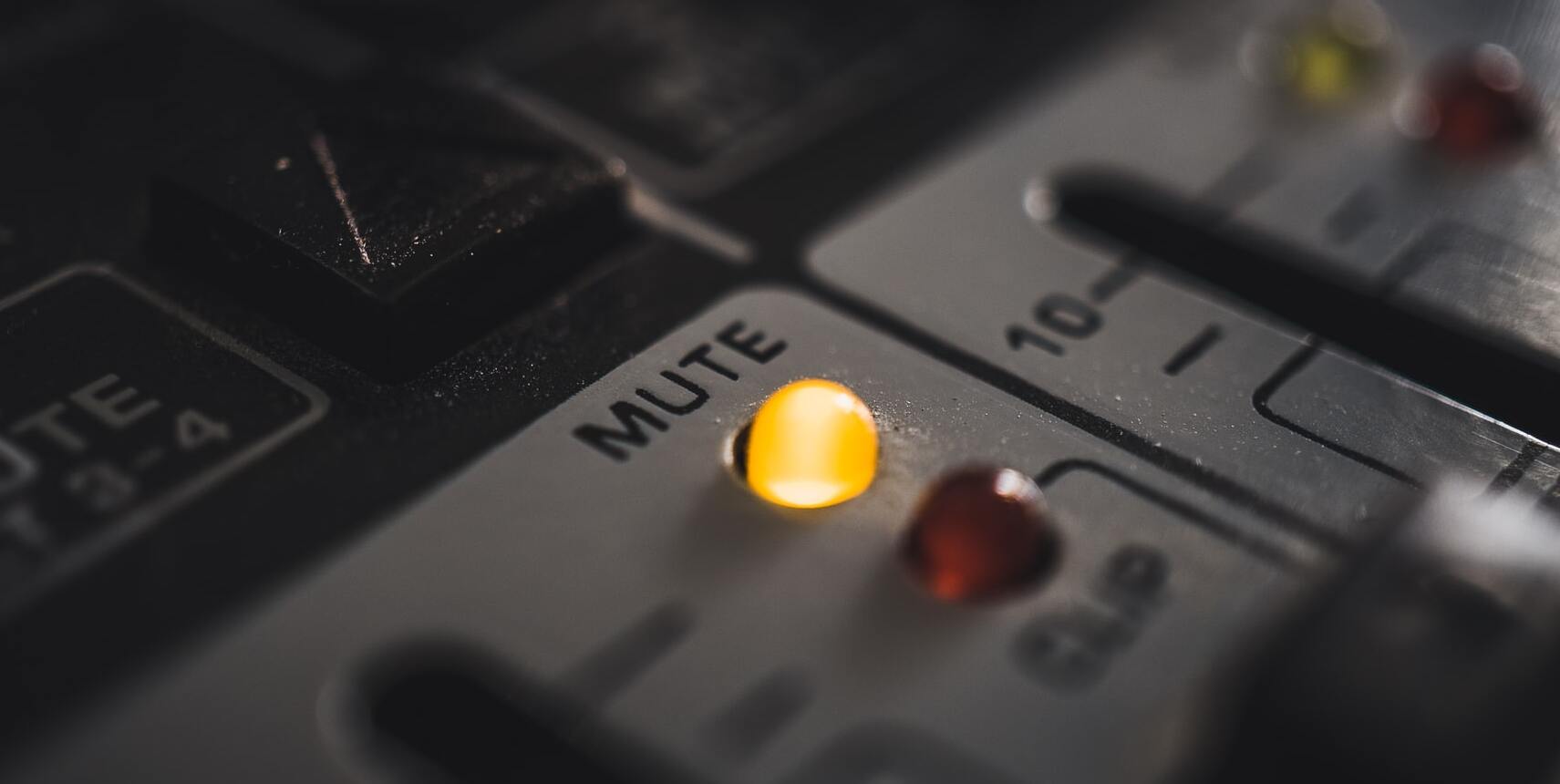 We will use Bokmål as our basis today, as it can be considered the Norwegian standard for written words and most official documents and text will be written in Bokmål. Quick bit of trivia: Bokmål translates to Book speech and came to be as a result of Danish influence. Let us begin by looking at some of the most common ways the silent letters manifest themselves in written form:

In Norwegian, the letter 'D' is sometimes not pronounced

D can become silent when assimilated with T in words such as:

In these cases, the D sound is omitted and extra pressure is added to the T, making it a hard sound closer to a double consonant.

D will often become silent when combined with N, such as in:

D can also become silent at the end of words if preceded by a vowel, such as:

When is 'E' a silent letter in Norwegian?

E has a tendency to become silent in verbs ending with S, such as:

In these cases, no extra pressure is added, the letter E is simply omitted entirely and the word is said as such.

E is either muted somewhat or completely silent when the word ends with R, so henter becomes hentr, tenker turns into tenkr, etc.

When is 'G' a silent letter in Norwegian?

The letter 'G' is almost always silent when it is the last letter of a word ending in -ig or -lig, in addition to when it is paired with I, such as in:

G can often be silent when used inside words, such as:

G before J at the start of a word is always silent, this usually applies even if it is not at the start, gjær - yeast

Cases were 'H' is a silent letter in Norwegian

H is more or less without exception silent before a consonant:

Interestingly, where Norwegian uses “hv” at the beginning of a word, Swedish typically uses “v” instead. This is one of the noticeable spelling differences between Norwegian and Swedish .

'L' is sometimes (but rarely) a silent letter

Cases of the letter 'L' being silent are rare and only found at the start of a few words, such as these:

In Norwegian, is the letter 'R' ever silent ?

R is rarely, if ever silent in Bokmål. However, it tends to slip away at the end of certain words. While this is more common in other dialects, Bokmål is not excluded. The most common words are:

It is worth noting that R more often morphs into a different sound when combined with S, creating a Sh sound, as in shush. Examples are:

In Norwegian, when is the letter 'T' silent?

T is silent at the end of articles in the form of inanimate objects such as:

However, in front of the genitive S as shown in the examples below, the T can be heard:

When is the letter V silent in Norwegian?

V is mainly silent at the end of words preceded by L:

A notable exception to this is gulv - floor. Here, the V is pronounced clearly.

Exceptions to the rules

It is also worth noting that certain words with silent letters can be written with the letter omitted.

Some such examples are:

Either spelling is considered correct, however the trend in the modernization of the Norwegian language seems to favour leaving out the silent letters.

While these rules might seem a lot to take in, after a while of trial and error, you will get a good sense of what “feels” right, both written and spoken. Though it can be prudent to write down a little glossary for yourself with the words that keep playing tricks on you.

Now that we have had a little look at some specific examples, we can turn our attention to the cases where a word will change based on the addition or omission of the silent letter.

Words such as godt - good, will often sound exactly like gått - walked. This on its own is unlikely to cause any major misunderstandings, but it can make a written text confusing should the transcriber be unable to differentiate between the two or a newcomer to the Norwegian language might find themselves perplexed while listening to someone talk. Other examples that sound very similar or identical are as follows:

It is quite common for young Norwegians and people who have just started learning the language to mistake these words when they have only heard them or if they have just seen them written a few times.

To make matters more confusing for everyone involved, many names, both familial and for places tend to use older ways of spelling and as such the name Bøe has an E at the end, but the actual word is simply bø - farmstead/holding Other such examples are:

The E at the end of these words stem from the Danish influences where the E was used to indicate a long vowel: Bøø, Lii, Moo. However, as the years went by and the Norwegian language evolved, long vowels were either marked with a double-vowel as shown above or simply implied by context. But for familial and place names, the E was kept. (for a full discussion on Scandinavian names, see here)

Another thing that can add to the confusion of how a word is written as opposed to spoken is the phenomenon of certain words being spoken as if they have more letters than the written word itself. So while not strictly silent letters, but rather incorrect additions, or invisible leters, it ties in quite well with the subject-matter.

The most common example that usually causes young elementary school students to question their language skills is:

Gulrot - carrot. This is something most children will hear quite a lot through kindergarten and childhood, but possibly not see written until they start school.

Then it comes to light that there is no 'E' in this word at all, despite most people pronouncing it as "gullerot".

The second such example shaking the linguistic foundations of young Norwegian minds is our word for France; Frankrike. It is often pronounced as "Frankerike" with a soft E sound.

*while not a uniquely Norwegian thing, I have encountered it more in Norway than other countries.

**This little mistake is most likely related to the fact that bringebær - raspberry has an E before the bær - berry part and it makes the spoken word flow better.

The origin of silent letters in Norwegian

The reason for most silent letters in the Norwegian language stems from our time under Danish rule. Our own, old language was pushed aside and Danish became the official spoken and written language. Even after we left the union with Denmark and joined Sweden, we kept the Danish influences and the effects of this can still be seen today, mostly in the form of silent letters.

Where the Danes prefer soft consonants, the Norwegians tend to favour hard consonants. However, since many of our words are still based on the danish language, we have simply elected to avoid pronouncing the letters where they no longer serve a purpose.

In the late 1950’s, a linguistic reform began the arduous task of clearing out the silent letters from the Norwegian language. However, there is still some work left to do.

It can be a daunting task for newcomers to Norway whose languages work in a less sneaky way. Many of those who come to Norway from abroad find themselves frustrated when they find that certain letters, while written, are not spoken. “Why write down a letter if it is not going to be used?”

As such, one of the more telltale signs that someone is not born or raised in Norway is the enunciation of these silent letters.

If you find yourself relating to this situation, perhaps you can find solace in the knowledge that even for young Norwegians, these silent letters can cause frustration and pose difficulty. Because from a fresh perspective, without any knowledge of our linguistic past, it makes little sense to include letters in written form when they are not spoken.

Oftentimes, the silent letters or their tricky counterparts in the form of invisible letters, are merely a minor nuisance that most likely will not have a profound effect on anything written or spoken. But it can feel like a big flaw when it is pointed out or when you finally discover, possibly after years, that you have written something, or worse yet, said something incorrectly. In many ways, this is an aspect of our human nature.

Mistakes are not something we like. It causes us embarrassment and even shame to the point where we forget that mistakes are opportunities to learn and grow.

Even more so in the cold, harsh north of Norway, the cultural attitude has been one that strikes down hard whenever a mistake is made. Asking for help was not common and making an error was the same as showing weakness.

Even today, the mere mention of Norway or a Norwegian will bring images of stoic sailors, braving harsh storms and mountain-high waves. Their visage locked in a grim scowl. Silent, brooding men who weathered much hardship and who made it through hard times on pure willpower and spite.

In many ways, this has been true. Norway has never been an easy place to dwell in. Harsh winters and extreme weather mixed with, at times, quite dramatic geographical topography meant Norwegians were isolated for much of the year and if anything happened, you had only yourself to help you. You relied heavily on your own knowledge. Failure could be catastrophic.

Thankfully, this attitude has changed. Today, most Norwegians will be happy to help you should you need guidance with the language. Should a mistake happen, either in the addition of a silent letter or a stray letter sneaking into a word where it does not belong, you will be met with understanding as most Norwegians will acknowledge that learning a new language can be hard.

The effort and the will to try is what is important and it is appreciated. Asking for help is seen as a strong move that shows courage.

We have all been there. Be it learning Norwegian as a child or learning English, French, German or Spanish through school. And perhaps it can give you some sense of ease, knowing that from time to time, even someone who has spoken Norwegian their entire life, will at times, forget about a silent letter when writing.

Keep on studying and improving. Do better tomorrow than you did yesterday and it will all work out.

By Eilert Jarraya
Eilert is a Norwegian translator with a passion for linguistics.
Share