Swedish and Norwegian: are they similar or very different languages?

You know what they say: “all Nordic languages sound the same”. While this might not be entirely true, it’s impossible to deny that the Scandinavian countries share culture, heritage, and an epic history filled with Vikings, blood, and laughter. 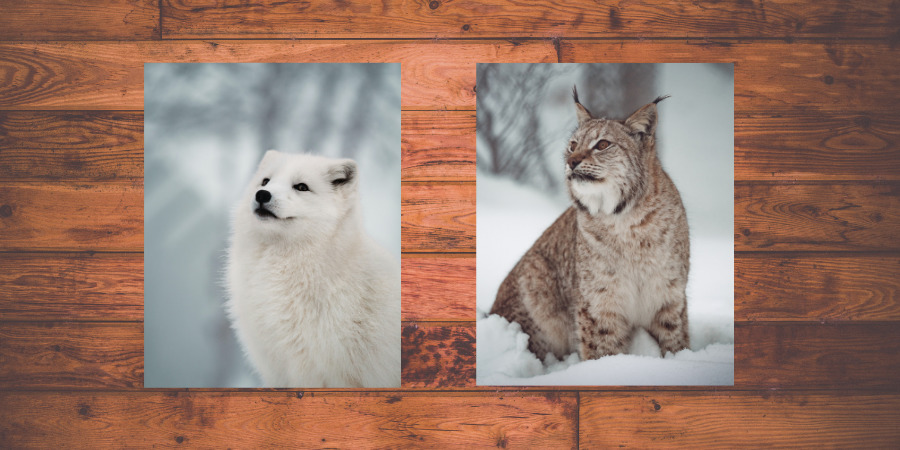 Origins of Swedish and Norwegian

Swedish and Norwegian both stem from Old Norse, which is an extinct North Germanic language.

In the beginning, the early versions of Swedish and Norwegian resembled each other greatly, but over time the two languages began to grow apart and display more distinct differences than before.

Norwegian is, however, divided into various dialects, and some of these dialects look and sound very much like Swedish. Naturally, there are also dialects that sound far from Swedish.

Additionally, written Norwegian has over time developed into two distinct forms. There is Bokmål (which literally means “book tongue”), and Nynorsk (“new Norwegian”).

The adaptation of Bokmål was a result of the union between Denmark and Norway in the 16th and 17th centuries whereas Nynorsk is based on a body of collectively spoken Norwegian dialects.

Contrary to Norwegian, there is only one official form of the language, even though there are plenty of regional dialects. Standard Swedish evolved from various dialects in the 19th century and became almost completely uniform by the beginning of the 20th century.

Are Swedish and Norwegian mutually intelligible?

Swedish and Norwegian are highly mutually intelligible. The Swedes and the Norwegians don’t have any issues when communicating in writing. Even foreigners who speak neither of the languages can clearly see the vast similarities between the two languages.

Even in such instances where the words are completely different, it’s still usually easy for Swedes and Norwegians to understand each other.

For example, in Norwegian, the word for “carrot” is «gulrot”». Initially, the Swede might wonder what the Norwegian means when he refers to «gulrot”», but soon he’ll crack the code. In Swedish, «gulrot”» literally translates as “yellow root”—which, of course, can be nothing else than a carrot.

Even when it comes to speech, Swedes and Norwegians generally have no difficulty at all in understanding each other. There is a popular Norwegian TV show called “Skavlan” where Swedish guests talk with the host, Fredrik Skavlan, in Swedish while he talks to them in Norwegian. No translation is needed.

This is not the case for the Danes, though. For them it’s quite the opposite: they have difficulty understanding both the Swedes and the Norwegians.

Similarities between Swedish and Norwegian

There are many similarities between Swedish and Norwegian, and thus it quickly becomes evident that these two languages share the same origin.

The few differences between Swedish and Norwegian

The Swedish and Norwegian alphabets are almost identical. However, the last two letters look different.

Swedish and Norwegian have “å” in common but the two last vowels differ. Even though these letters look different from each other, they’re pronounced almost the same.

Differences in spelling between Swedish and Norwegian

As previously mentioned, it’s entirely possible to tell Swedish and Norwegian apart based on simply the last two vowels ( “ä” and “ö” in in Swedish, versus “æ” and “ø” in Norwegian ).

But there are also other differences when it comes to spelling, as you can see in the section below.

The gender-neutral personal pronoun “hen” is often used as a substitute for the other two gender-specific personal pronouns both in daily conversations and in formal texts.

Nowadays, “hen” is a generally accepted word and is used by everyone from prominent politicians to journalists. In 2017, the idea of a gender-neutral personal pronoun was also considered by the Norwegian parliament, but they rejected the proposal.

The incorporation of a gender-neutral personal pronoun might be a manifestation of a cultural difference between Swedes and Norwegians: Swedes are more liberal and progressive.

Swedish or Norwegian: which is easier to learn for anglophones?

Although Swedish and Norwegian are among the easiest languages for English speakers to learn, learning a new language is never easy.

It takes time, effort, and dedication to really learn a new language. And, since Swedish and Norwegian are so similar, it can be difficult to choose between them.

Swedish and Norwegian grammar and vocabulary are incredibly similar, so no matter what language you choose, you’ll still be able to understand the other language. And when it comes to pronunciation, it’s definitely a tie. They are equally easy—or hard, depending on perspective.

The great news is, that no matter which language you choose, you’ll get two for the price of one!

Which language should you learn first, Swedish or Norwegian?

Even though it’s always fun and challenging to learn a new language, you still have to put in the effort. Since learning a language requires a lot of effort and dedication, it’s therefore it’s smart to choose a language you’re truly interested so you don’t give up on it.

So, before you start learning a new language, you should take a moment to ask yourself which language you’re the most interested in.

The second aspect to consider is the usefulness of the language. Try to make a mental cost-benefit analysis and ask yourself which one of the languages would be the most beneficial to learn.

Do you live near Norway or Sweden? Are you in love with a Swede?? Do you want to move to Norway? In case you don’t find your cost-benefit analysis very helpful, asking yourself these questions instead might make the choice simpler.

If you still can’t decide based on interest and usefulness, you always have another option: to flip a coin. It’s really that simple. Both languages are interesting and come with their own quirks, so you’ll have a good time no matter what.

You have probably noticed while reading this article that Swedish and Norwegian are incredibly similar. The two languages belong to the same language group, so they use words, grammar, and spelling that both look and sound alike (at least most of the time).

Even for foreigners, who have no clue what «gulrot», «guleböj», or «orangekule» is, it’s easy to see how similar Swedish and Norwegian really are. They are indeed language siblings.

No matter what language you choose to study, you’re quickly going to realize that Swedish and Norwegian are uniquely strange and interesting in their own way. And even though learning Swedish or Norwegian certainly has its ups and downs, they both offer double the reward: you get two for the price of one!