Thai and Vietnamese: are they similar? which is harder to learn?

Did you know about half of all languages are tonal? This means the same word, said with two different tones, means two different things. Thai and Vietnamese are two of these tonal languages.

The two countries are close to each other, both in Southeast Asia. Despite this, the languages are somewhat different from one another.

So, is Thai harder or easier than Vietnamese? Vietnamese is an easier language to learn. Here’s why:

The Vietnamese and Thai alphabets have nothing in common. But, as it is based on the Latin alphabet, the Vietnamese alphabet looks more familiar to English speakers.

The Vietnamese alphabet has 29 letters—12 vowels and 17 consonants. Most of the letters are the same as in English. They make slightly different sounds, though.

The Vietnamese alphabet does have a few letters that don’t exist in the Latin alphabet: for instance, the letter «đ».

In contrast, the Thai alphabet is completely unrelated to our familiar latin alphabet. The Thai alphabet contains a total of 72 characters—44 consonants and 28 vowels. This is over twice the number of letters in Vietnamese.

Some of the Thai characters look very similar, and can be distinguished only by noticing tiny differences. So learning the Thai alphabet requires a lot of rote memorization and the use flashcards.

Which is easier to read: Vietnamese or Thai?

Vietnamese and Thai are both written and read left to right. This part comes naturally to English speakers.

There is one key difference between reading Vietnamese and reading Thai, though. Let’s look at both below.

The Vietnamese sentence is difficult to read. But, you would be close by using the sounds in English.

Thai, on the other hand, can't be read at all. The only way to read the Thai sentence is to have a working knowledge of its alphabet already.

How easy is it to read Vietnamese?

Many Vietnamese letters are similar to their English counterpart, with a slight adjustment to the pronunciation.

There are 12 vowels in Vietnamese. Here are their different sounds.

There is only one consonant that doesn’t exist in English, «đ». It makes the 'd' sound we are used to in English.

Learning to read Vietnamese is not difficult for beginners. The unfamiliar vowels take extra practice. The use of the Latin alphabet allows beginners to start reading in a short time.

How easy is it to read Thai?

It takes longer to learn to read Thai compared to learning to read Vietnamese. It is a whole new alphabet to learn. And none of the characters look like English letters. In addition, there are sounds in Thai that don't exist in English.

The character, « อ », is a placeholder. Either it would stay like this, and the speaker would only pronounce the vowel sound. Or it would be replaced with another consonant.

Another thing to know is the placement of Thai vowels. You can find them all around the consonants. Above, below, before, and after the consonants. Look at these examples. Remember: « อ » is a placeholder.

This provides a significant barrier to reading as beginners adjust.

One thing is essential to mention. Northern and Southern Thai are different from each other. So different that people from the north and south have difficulty understanding each other.

However, Central Thai is the official language. And people from the north and south can understand Central Thai.

Northern Thai has its own writing system, too.

This won’t impact a student’s learning. But a student may encounter it when traveling through Northern Thailand.

Vietnamese tones or Thai tones: which are easier to master when reading?

Vietnamese makes it easy to read the tonal system. In Thai, it's going to be more challenging to figure out the tone.

In Vietnamese, there are five tonal markers. These tell precisely the tone to use. It’s as simple as remembering the tone markers.

In Thai, it is more complicated. There are more things to take into factor to get the correct tone.

Let’s look at examples of how Vietnamese and Thai tones are different.

Thai has tone markers as well. They do not have a simple system to follow, though. Here are the Thai tones and their names.

Three things determine the tone of a word in Thai.

Once we find these, we have one of the five tones in Thai. There are rules to follow to know the tone, but it is beyond the scope of this article.

This chart is a helpful introduction and resource to use. 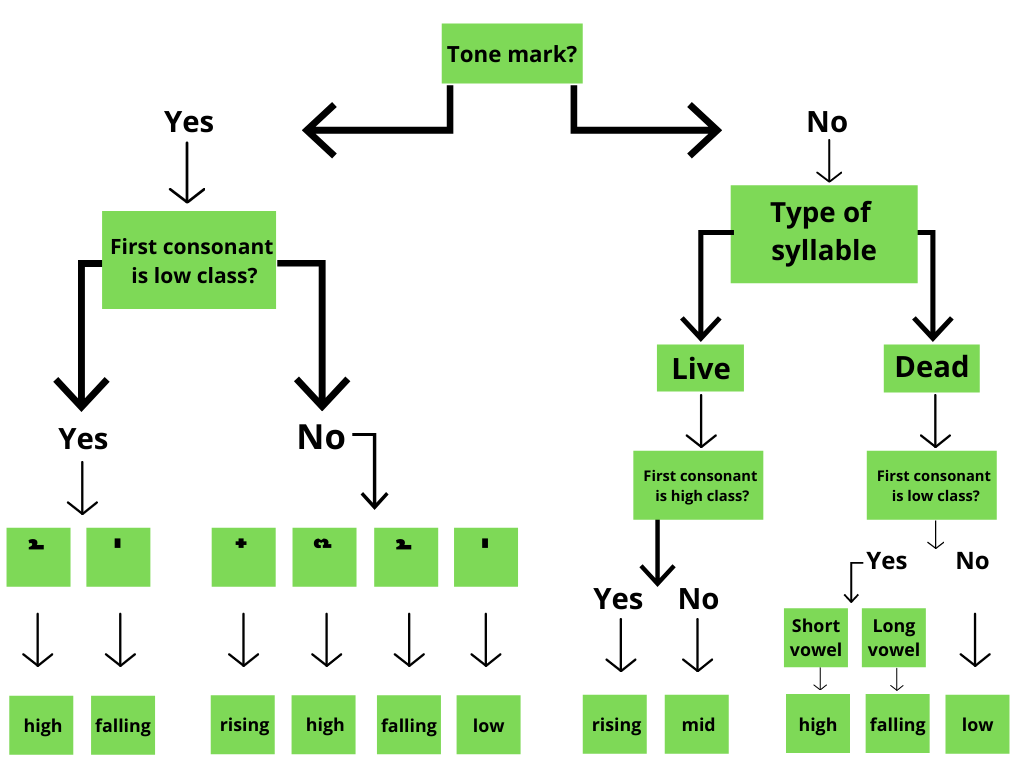 Thai and Vietnamese grammar is easy for English speakers when starting out. They both follow the same structure as English.

No tenses in Vietnamese and Thai makes it easy

Instead of tenses, both languages show the time something was done using time words. These words are placed after the verb, usually to show the time of an action.

Will Tomorrow Next year

Words in both languages share similar patterns. For example, Thai uses «นี้» (nee) when talking about "this one".

Vietnamese does the same with the word «nay».

How do I ask questions in Vietnamese and Thai?

Questions in Vietnamese and Thai have similarities. For example, Thai places question words at the end of the sentence. The same applies to Vietnamese.

Let’s look at an example. Here is how we can ask how much something costs.

How do I make negative sentences in Vietnamese and Thai?

Creating negative sentences in both Vietnamese and Thai is easy. It’s as simple as putting ‘no’ in front of the main verb.

This aspect of grammar is beginner-friendly, both in Thai and in Vietnamese. No need to worry about contractions or the placement of the negative part. Once we find the main verb, we can easily make negative sentences.

Vietnamese and Thai both have tones, and they’re both difficult to learn.

Both languages rely on tones for word meaning. This is the most challenging area for beginners.

Vietnamese has 6 tones. Some people say Vietnamese has eight tones. This is because of minor differences in individual tones. But officially, there are six tones.

If a learner is coming from a language with no tones, more practice is vital.

Thai tones are easy to hear once a learner immerses themselves in the language. The tones are distinguishable. So there won’t be an issue confusing them.

Now, let’s look at how the pronunciation of the tones changes the meaning.

This is where foreigners end up looking silly but in a good way!

Here are some examples of Vietnamese tones:

Here are some examples of Thai tones:

Each language has its share of similar-sounding words. It’s part of the fun of learning a language. You will look and feel embarrassed, but you learn from it.

And, besides, native speakers are happy you’re trying. The effort is enough for them.

As with every language, it’s going to come down to determination. If a learner puts in the hours, they’ll get a quicker return.

Vietnamese is easier than Thai. The use of the Latin alphabet is easier to learn and start reading.

The pronunciation and grammar are similar and take an equal amount of time to learn. The Thai alphabet has a more significant learning curve and therefore takes longer.

And, during that time, a learner could be advancing in Vietnamese at a faster rate.

PS: You can use our free web application to record your own Thai or Vietnamese phrases. 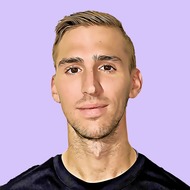