How to write an email or letter in Dutch: the complete guide

Dutch people are very direct, we are not trying to offend, it is just the way we communicate. Communicating with Dutch people can be intimidating.

This guide to writing emails and letters in Dutch will walk you through many example phrases and cultural tips. Let’s get started!

How do you start an email or a letter in Dutch

Whether you are writing an email or a letter, start with a greeting. The most common formal Dutch email salutations are:

Salutations should end with a comma. Dutch salutations for letters are the same as those used for emails.

Dutch people are very direct. This is apparent in the way they write letters. Correspondence should be as short, clear and as to-the-point as possible. It is not advised to add any information that is not strictly necessary.

In addition, Dutch people are very informal. This means that even in any kind of formal correspondence the use of humour is not frowned upon and sometimes even encouraged.

There is an interesting contrast between Dutch email etiquette and German email etiquette. In German humor is absolutely not acceptable in a formal letter whereas in Dutch it is encouraged in certain cases because to a Dutch person it shows great social skills and creativity.

Standing out is not only acceptable in Dutch culture, it also increases your chances of landing a job or getting new customers.

Here a some Dutch phrases which can be used to start an email:

Cultural tip: Creating a personal bond is important, even if you don’t really know the recipient. Kindness is very very much appreciated. If you aren’t kind, the recipient will not be inclined to be helpful.

Here are some examples of ways this is done in Dutch:

asking a short question or making a friendly statement before getting to the point:

These are just used in the initial (outreach) email. Subsequent emails should be more direct.

Never start a Dutch outreach email with an apology like “sorry to bother you”, because it sounds really negative and the recipient will feel reluctant to help.

Writing to a colleague, unlike in some other European cultures, is not considered a formal correspondence in the Netherlands. Dutch companies prefer a horizontal hierarchy, everybody is considered equally important. You just have to be respectful, you don’t have to be formal.

The Dutch are very direct and down-to-earth and prefer informality over formality. Because of this direct attitude and openness any polite opening is socially accepted.

Here are the common ways to start an informal email (or letter) in Dutch:

How should dutch names be capitalized in email greetings?

The capitalization of Dutch names changes when they are used after a salutation.

Notice that in “van der Veen” the words ‘van’ and ‘der’ are not capitalized. But in some cases they will be capitalised. These cases are:

A common mistake that non-native Dutch speakers make is capitalizing “meneer” (mister) and “mevrouw” (miss). These are not capitalised in Dutch.

When the recipient’s initials are included, the rules of capitalization are different again. When writing a name and starting with initials a last name consisting of multiple words should not be capitalised.

The following only applies to letters (and not emails): the acronym t.a.v stands for “ter attentie van”, which means “to the attention of”.

It appears on the letter’s envelope, in the form “t.a.v. [name of recipient]” , it only appears inside of a letter in the case of a job application. This makes the letter look more professional and will ensure that it will reach the right person.

How to end an email or letter in Dutch

The ending of a Dutch email should be short and to the point. If there is an attachment, the ending of the letter is the place to refer to it.

Also, use a short sentence to express your gratitude or include a call to action. Dutch people appreciate creativity very much and it is therefore encouraged to come up with a creative ending.

Examples of how to end a letter can be found in the topic “Other useful Dutch e-mail phrases''.

How do you end a formal email or letter in Dutch?

How do you end an informal email / letter in Dutch?

As mentioned before, Dutch people prefer informality over formality. This means that it is basically ok to end an informal correspondence any way you like.

Commonly, people calling for action in a correspondence will end with:

Other common ways to end an informal correspondence are:

There’s really no wrong way to end an informal correspondence in Dutch. Be creative and it will surely be appreciated.

There are many kinds of correspondences but the most important ones will be explained below.

How to write a postcard in Dutch

Sending a postcard in Dutch is the perfect example of a situation where informal language is used. Common salutations are:

After the salutation, you can be as creative as you like and end with a nice greeting such as the following.

An exception is a condolences card. In this case, it is common to write “Met oprechte deelneming” (with sincere condolences), followed by the names of the writer and the writer’s direct family. Do not add any informalities or other information.

How to write a thank you card in Dutch

A thank you card is a formal correspondence in the Netherlands. It is often used to thank someone for delivering great service or doing a great favour to someone.

Situation in which you could send a thank you card is:

Since Dutch culture is very direct it is okay to ask for a good reference or feedback in a thank you letter. This will be highly appreciated by the recipient.

Sentences that can be used are, for example:

How to write a birthday card in Dutch

When writing a birthday card on behalf of your family, it is enough to just write “Gefeliciteerd” (Congratulations) and end with the names of your family starting from oldest to youngest.

If you are writing a birthday card to a good friend or to a direct family member, it is expected to be a little more elaborate.

Write for example “Fijne verjaardag” (Happy birthday) or “Dat je maar een oude man/vrouw mag worden” (I hope you will one day become an old man/woman). The last wish is actually very common in Dutch, and is meant to wish the receiver a long and healthy life.

What do you write in an Dutch wedding card

There are no specific rules for writing wedding cards, although it is encouraged to get a little creative.

Others just write “Veel geluk” (Lots of luck) and their names. A Dutch wedding card does not require lots of elaboration.

This is an example of a very formal Dutch letter. In this case, the writer is applying to a job vacancy on a website. The writer does not know the name nor gender of the contact person and therefore uses the salutation “Geachte lezer,” (Dear reader,).

Recently, I saw the job vacancy for Marketing Manager on your website and I would very much like to apply.

Hopefully, I have been able to show you my ability and knowledge. Please do not hesitate to contact me.

Below, you will find an example of an informal correspondence, in this case, a postcard sent to a friend of the writer.

How are you? I’m doing well! I have had a great holiday week. I hope we can see each other again soon! 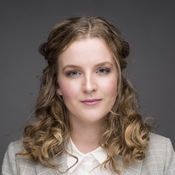