On social media and the news we often encounter negative vocabulary words laced with anguish and vitriol which are used to capture our attention. So it may come as a surprise to learn that human languages actually display an inherent happiness bias.

The human species has a natural inclination towards happiness, at least according to our language. Do you remember the last time you received a compliment that made your day? Or the rush of euphoria that ensues when someone you love says they love you back? It turns out positive uses of language like these instances are a lot more common than we think.

A recent interdisciplinary study reveals that the human language exhibits a clear bias towards positivity. This confirms the Pollyanna hypothesis which suggests that humans have a natural and universal tendency to use positive words over negative ones. 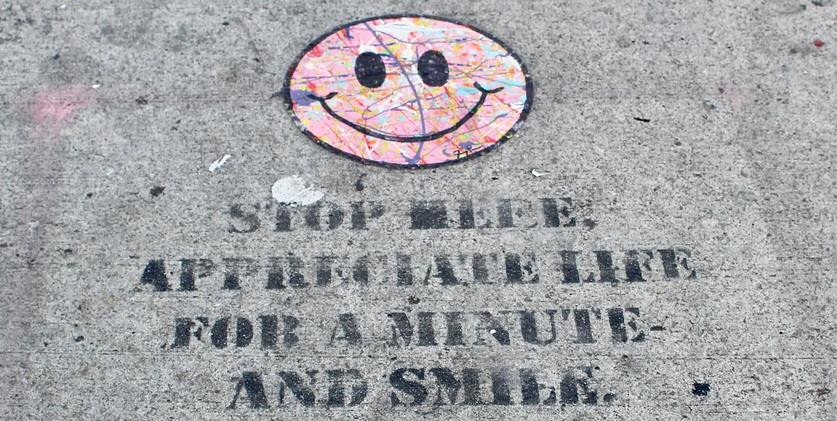 Furthermore, language can help us identify and understand nuances in our emotional experiences. Scientists call this “emotional granularity”.

These studies support the notion that learning a language offers numerous benefits including enhancing our happiness.

In this article, we’ll explore the human language’s happiness bias and the various ways learning a language can enrich your well-being.

The origin of the “language happiness bias” theory

The Pollyanna hypothesis refers to the mind’s tendency to subconsciously focus on positivity and use positive words. It was originally coined in 1969 by scientists, Jerry Boucher and Charles Osgood, who studied samples from 13 languages.

Based on the words spoken by the members of these 13 distinct cultures, they discovered that there is a universal human tendency to use positive language in communication. As humans, we tend to use positive words more frequently and diversely than negative ones.

A more recent study by a group of academics in the fields of mathematics, computational science, and linguistics from several leading universities confirms the Pollyanna hypothesis. After an extensive analysis of language data, the team found that the human language clearly exhibits a universal positivity bias.

These scholars evaluated 100,000 of the most commonly used words across 24 written texts in 10 different languages:

The study gathered data from sources such as:

They measured word frequency to determine the most common 10,000 words in each language.

Afterwards, the researchers paid native speakers to rate their emotional response to each word. On a scale of 1 to 9, participants assigned a number to a commonly used word in their native language with 9 being the happiest and 1 being the saddest. In total, the study collected approximately 5 million individual human assessments.

So what exactly did they find from this immense amount of language data? Every single language displays a clear bias towards happiness. All ten languages scored higher than 5 in the human assessments.

This means that humans overall prefer to use positive more than negative words. It also suggests that the human language naturally deviates towards happiness.

While all ten languages demonstrate a happiness bias, some languages appear to be happier than others. The happiest language, according to the emotional spectrum in the study, is Spanish.

Native Spanish speakers rated their most commonly used words higher than all the other participants in the study. Closely behind the Spanish language on the scale is Portuguese. Other languages in the top five are English, Indonesian, and French.

In contrast, the language that scored the lowest on the happiness spectrum is Chinese. Nonetheless, Chinese native speakers still prefer to use positive words more frequently than negative ones.

Language is deeply intertwined with the way we interact with the world. Our daily experiences are defined by the words we know. Every ephemeral sensation, every intense feeling, and every abstract reasoning depends on language to be acknowledged. 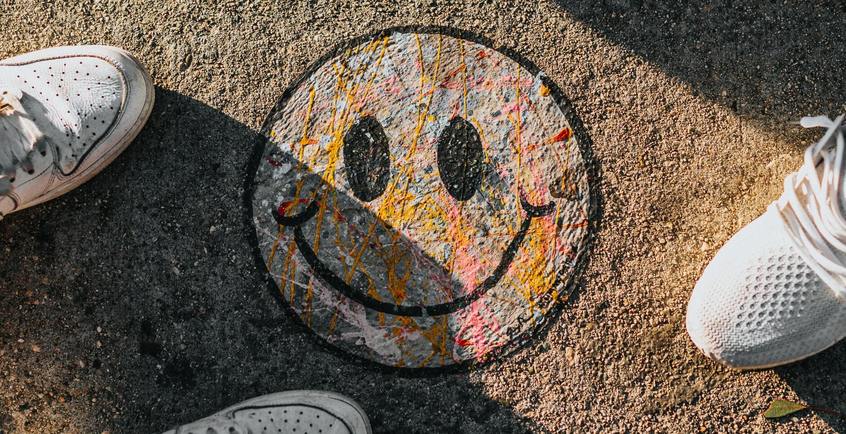 While we are still capable of experiencing an emotion without the words to articulate it, the experience will lack clarity and nuance. Dr. Tim Lomas, a leading expert in the field of positive psychology, suggests that our happiness as human beings are limited by the language we know. He believes that a restricted vocabulary restricts positive experiences.

Without the words to distinguish nuances in our subjective experiences, we miss out on crucial insights and the vividness of that moment. Scientists use the term, emotional granularity, to recognize the ability to describe our emotions with words to a high degree of accuracy and precision.

They found that strengthening our ability to distinctly label the complexities of our feelings offers numerous advantages to mental wellness. Emotional granularity helps us to identify our feelings and learn how to manage them.

If a limited vocabulary limits our capacity to experience positive emotions, the opposite must be true. Learning new words and phrases from another language can enhance the way we perceive the positive experiences in our life. This means that studying a new language, acquiring new words, and exploring its concepts can actually heighten your happiest moments.

Inspired by the idea that other languages are the key to unlocking happiness, Dr. Lomas embarked on a quest to expand our limited happiness vocabulary. In his search for new terms and concepts to describe well-being, he came across numerous untranslatable words.

These words have no precise equivalent word or phrase in English, but epitomize some nuanced sense of well-being. Untranslatable words provide valuable insight into happiness. They possess the potential to enrich our positive emotions and expand our life perspectives.

According to Dr. Lomas, by adapting these concepts and incorporating them into our vocabulary, humans can improve their well-being. He founded the Positive Lexicography Project, a crowdsourced repository which contains a growing collection of untranslatable words from across the world’s languages. Each word relates to well-being and happiness in some way.

Untranslatable words have no exact match in English. And yet, you might come across a word in another language and instinctively resonate with the feeling it describes.

Perhaps, you’ve encountered the feeling in the past, but couldn’t find the language to articulate it. This is the beauty of untranslatable words. They capture our common humanity and reveal the way certain experiences transcend cultures.

Let’s look at a few untranslatable words that you might have experienced at some point in time, but couldn’t quite name.

Love is difficult to define in any language. We all experience this powerful emotion differently. And yet, the following words show us that some feelings associated with love are actually shared by many others.

The feeling after a bite of a delicious dish is distinctly different from the feeling of losing yourself to a beautiful song. For lack of a more nuanced word, we tend to lump these feelings together under terms such as joy, bliss, or contentment. The words below provide a label for a few highly specific and common human experiences.

Can learning a language make you happier?

The findings of the language happiness bias study suggest that learning a language exposes you to more positive than negative words. Similarly, the work of Dr. Lomas on untranslatable words implies that learning words from other languages can enrich your positive experiences and increase your emotional depth.

Long before the human language’s universal bias towards positivity was confirmed, plenty of people have already experienced for themselves the positive effects of learning a new language. Numerous studies have supported this by revealing the benefits of language learning on our mental wellness, and consequently, our happiness.

Here are a few ways that learning a new language can make you happier.

Learning a foreign language is no easy feat, but it can be tremendously rewarding. If you’re currently learning a new language, you probably already know how amazing it feels to advance through your lessons. While you might get stuck at times or struggle to find the motivation to study, the fact that you haven’t given up is already an impressive achievement.

It’s important to be proud of yourself and celebrate your progress no matter how slow. Learning an entirely different language from your native tongue is challenging. However, simply knowing you are capable of doing it can boost your confidence and offer a sense of personal accomplishment.

Scientists have actually found that learning a new language activates the same pleasure centres in the brain as eating chocolate. Since it stimulates your reward system, acquiring a new language is one of the happiest activities you could do according to your brain.

Exposure to other cultures

Travelling is a popular pastime for a good reason. It urges you to step outside of your comfort zone, try new things, and embrace adventure. Arguably, the best part about travelling to other countries is the exposure to beautiful and unique cultures.

Not only does travelling broaden your perspective, but it can also fill you with awe and wonder. The world is so vast with thousands of distinct cultures, but it becomes easy to forget this when you stay in the same place your entire life.

Learning another language exposes you to other cultures as well. Language and culture are strongly interconnected. Culture is deeply embedded in language. It’s impossible to learn another country’s language without absorbing some knowledge of its culture.

Acquiring the language of a place you plan on travelling to can significantly enhance your experience. In addition to gaining the ability to communicate with and befriend the locals, you’ll be able to fully immerse yourself in that culture. Thus, understanding and speaking the language of another culture enables you to truly savour your travel experiences.

If you recently moved to another country that speaks another language or you decided to learn a language to communicate better with a loved one, acquiring that language could just be the key to your happiness.

According to the language happiness bias study, most of the words you’ll come across on your language learning journey will have a positive connotation. This enables you to convey more positive sentiments in that language. Expressing kindness, love, or gratitude towards another person in their native tongue can deepen your relationship with them.

Language allows us to understand each other and form meaningful connections. This improves the quality of your relationships, which in turn, makes you happier.

Who knows? It’s possible that a potential friend or soulmate is out there waiting for you to find them. They might just speak a different language.

You are probably no stranger to the cognitive benefits of learning a language. In fact, that might be why you decided to learn a new language in the first place. From improving your focus to promoting neuroplasticity, bilingualism can drastically strengthen your brain’s ability to adapt to life’s challenges.

Emotional resilience is essential to cultivating happiness. Life is full of ups and downs. Trusting yourself to weather any storm that comes your way is crucial to a positive outlook on life. By developing your brain’s mental toughness, learning a new language can help you build that trust in yourself.

The language happiness bias study reveals that most words you acquire in another language will lean towards positivity. This optimistic tendency can have a positive influence on your cognitive responses, mental flexibility, and problem-solving ability. This suggests that learning a new language can have a beneficial impact on your mental wellness.

Through boosting your cognitive abilities, language learning might even help you realize that long-lasting happiness doesn’t necessarily come from external sources. Of course, external factors can certainly influence your happiness, but ultimately, happiness is up to you.

You decide every moment of every single day whether you choose happiness or not. In the same way, you decide whether to take advantage of the benefits of learning a new language or not. For the most part, happiness is your choice.