Swedish and Finnish: are they similar or very different languages?

Finland and Sweden are neighboring countries and share plenty of both history and culture. Like the other Nordic countries, the two countries have a great camaraderie–except during ice hockey season–and they also display many similarities. But just how similar are their languages, Swedish and Finnish?

Finland was part of Sweden for over 600 years before it became part of the Russian Empire in 1809. Even after this territorial separation, Finland and Sweden continued to stand back to back throughout tough times like World War II and the Winter War against the Soviet Union.

However, despite their long history and profound friendship, Sweden and Finland still speak completely different languages. In this article, we're going to explain some of those differences. 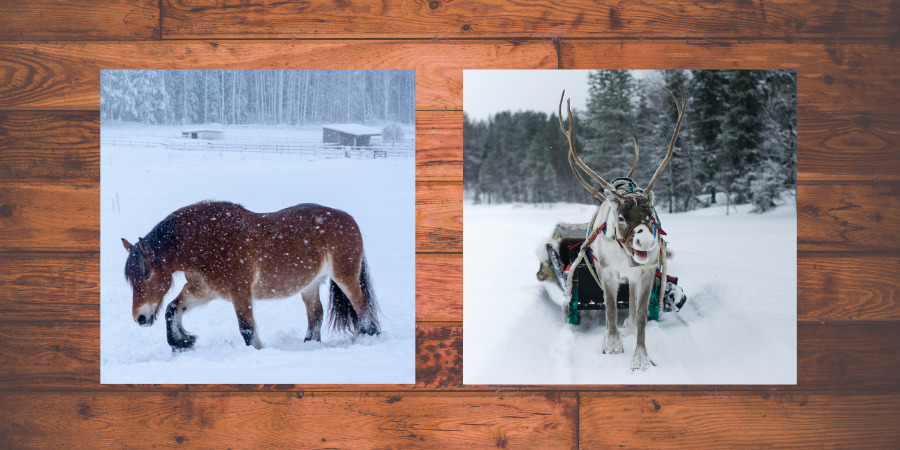 Origins of Swedish and Finnish

Swedish is a North Germanic language that has its origins in Old Norse, which was a popular language among the Germanic peoples in Scandinavia during the Viking Era.

Today, Swedish is spoken predominantly in Sweden by its 10 million citizens, and in parts of Finland as well. In Finland, where Swedish is one of the two official languages, the Swedish-speaking minority comprises approximately 5% or 300,000 of the entire population.

The language that the Finland Swedes speak is called Finland Swedish, which is a variation of Standard Swedish that can be easily understood by mainland Swedes.

The Finnish language, on the other hand, originates from a family of Finno-Ugric languages. The Finnish group contains other languages such as Estonian and some minority languages spoken around the Baltic Sea.

Finnish is mostly spoken in Finland by around five million people. There are also small Finnish-speaking minorities in Estonia, Russia, Sweden, Canada, and Norway.

Are Swedish and Finnish mutually intelligible?

While Standard Swedish and Finland Swedish are mutually intelligible, Swedish and Finnish are not. They are two completely different languages from separate language groups, which means that Swedes who vacation in Finland (and vice versa) won't be able to understand each other.

Swedish shares plenty of similarities with other nordic languages, such as Norwegian and Danish. Swedes, Danes, and Norwegians can understand each other without any difficulty at all. However, in the group of nordic languages, Finnish is regarded as the black sheep: it's completely different in every aspect and thus absolutely incomprehensible to its neighbors.

Similarities between Swedish and Finnish

Since there are so many differences between Swedish and Finnish, it is perhaps best to start with what they actually have in common.

The Finnish language uses the Swedish alphabet, which originates from Latin. The Swedish and Finnish alphabet consists of 29 letters, A to Z plus Å, Ä, and Ö. The last three letters are usually unfamiliar for English speakers but are very common in the nordic languages.

In Swedish, Q, W, and Z are extremely rare and are nowadays used only in loanwords or in so-called "Swenglish" ("svengelska" in Swedish), which refers to English loanwords that have been incorporated into the Swedish language.

The rapid technological progress and the readily available internet access have resulted in an increased linguistic anglicization in many languages, and Swedish and Finnish are no exceptions. So, despite the inherent differences between the languages, they still have some common ground. Here are some words that the Finns and Swedes have borrowed from English:

As is the case with many other languages, Swedish and Finnish also use many loanwords when it comes to food. Both the Swedish and Finnish languages have borrowed food-related words, such as pasta, pesto, salsa, curry, and crème brûlée, and incorporated them into the language.

The Finns have also throughout their long history together with Sweden inevitably borrowed some words from their Swedish neighbors. Here are some words that are pretty similar:

Differences between Swedish and Finnish

Despite the few similarities listed above, Finnish and Swedish are two inherently different languages. This section examines some of the most striking differences between the two.

Since Finnish and Swedish are from different language groups, their words differ vastly from each other and there is almost no lexical overlap. It is therefore impossible for the Finns and Swedes to understand or try to communicate with each other.

Here are some examples of basic words and how different they are:

Even though the two languages contain the same vowels and consonants, they use and pronounce them differently. The Swedish language is soft and higher in pitch while Finnish usually sounds harsh and monotonous.

Here are a few examples of the biggest phonetic differences between Finnish and Swedish:

- Swedes and Finns pronounce the letter "u" in extremely different ways. In Finnish, "u" often becomes "o" while Swedes pronounce it as "u".

- In Finnish, the letter "o" can sometimes be pronounced as the Swedish letter "å" while "o" in Swedish is always pronounced as "o".

- In Finnish, "ä" is a hard vowel while "ä" in Swedish is a soft vowel. The letter "ä" is more common in Finnish than in Swedish, and Swedes who try to pronounce a Finnish word that contains "ä" almost always pronounce it incorrectly because of the phonetic variation between the two languages.

Anyone who has tried to learn Finnish–or seen memes about the Finnish language–knows that Finnish is an incredibly complex language. Finnish has its own peculiar grammatical components that seem extremely strange to foreigners (and sometimes even to the Finns themselves).

Swedish, on the other hand, comprises many of the grammatical functions as other Germanic languages, and therefore it has a lot in common with English.

One example of the grammatical differences between Finnish and Swedish is verb conjugation: Swedish verb conjugation is usually rather simple while Finnish is inherently complicated.

Since Finnish is an inflected language, it allows for a much more liberal word order than Swedish or English. In Swedish, the general word order is subject–verb–object while the word order in Finnish varies greatly. Below is an example of this:

To say "the dog bit the man" in Swedish, you would say "hunden bet mannen". It is possible to use the same word order in Finnish as well: "koira puri miestä". However, in Finnish it is also possible to say "miestä puri koira" or "koira miestä puri" while the meaning stays the same.

Is Swedish or Finnish easier to learn?

Learning a language requires dedication and time, regardless of how easy or hard the language in question is. That said, there are naturally some languages that are easier than others.

When it comes to the level of easiness, Swedish is the clear winner for anglophones. Swedish and English are both Germanic languages, which means that they have more in common in terms of lexicon and grammar than Finnish and English have.

Another aspect to take into account when learning a language is how many hours it takes to learn the language in question.

Swedish, according to the US Foreign Service Institute, is categorized as a Category I language. This means that it is one of the easiest languages to learn for native English speakers. As a general rule of thumb, learning Swedish is expected to require around 575-600 hours of learning.

Finnish, on the other hand, belongs to category IV, the second hardest category in the list, and is regarded as one of the hardest languages to learn in that category. According to the US Foreign Service Institute, it would take 44 weeks or 1100 hours to learn a language in this category, and Finnish would probably require even more time since it's one of the hardest languages in the category.

Which language should you learn first: Swedish or Finnish?

What language you should learn does not only depend on how many hours you need to put in or how difficult the language is, there are plenty of other factors to consider as well.

One important aspect of learning a language is interest. As discussed above, it generally takes hours upon hours to learn a language, so in order to actually stick with it, it's smart to choose a language that you won't get tired of. Before you actually start to learn a new language, take a moment to ask yourself this: what language interests you the most?

One final aspect to consider before embarking on your language learning journey is the usefulness of the language. Which one of the languages would benefit you the most? The answer to this question might vary depending on where you live, what your current life situation looks like, and what your future plans are.

If you regularly deal with Swedes because of work, learning Swedish would probably benefit you the most. Do you plan on moving to the happiest country on earth to enjoy the excellent social system (and awesome saunas)? Then you should absolutely learn Finnish.

Even foreigners who don't know a single word of Swedish or Finnish can probably hear a difference between the melodic Swedish language and the staccato Finnish.

The Swedish language is beautiful and joyous and it's the mother language of some of the world's biggest stars, such as Ingrid Bergman, Greta Garbo, and Zlatan Ibrahimović. Finnish, on the other hand, is the mysterious and unique language that fascinated J. R. R. Tolkien so much that it inspired him to create his very own fictional language.

However, despite the inherent differences between the two languages, they each offer unique and interesting challenges and plenty of surprises. No matter what language you choose to learn, you're bound for an interesting journey that can lead you to the most wonderful and unexpected of places.

PS: you can use our free web app, VocabChat to record your own Swedish and Finnish phrase lists.