For centuries, the samurai code inspired many people – regardless of whether those people were actually samurai or not. In truth, the samurai code had nothing to do with the historical individual’s goals – but with the values that they share. Being a samurai meant not just wandering down the streets during the Edo era, but carrying yourself through life. 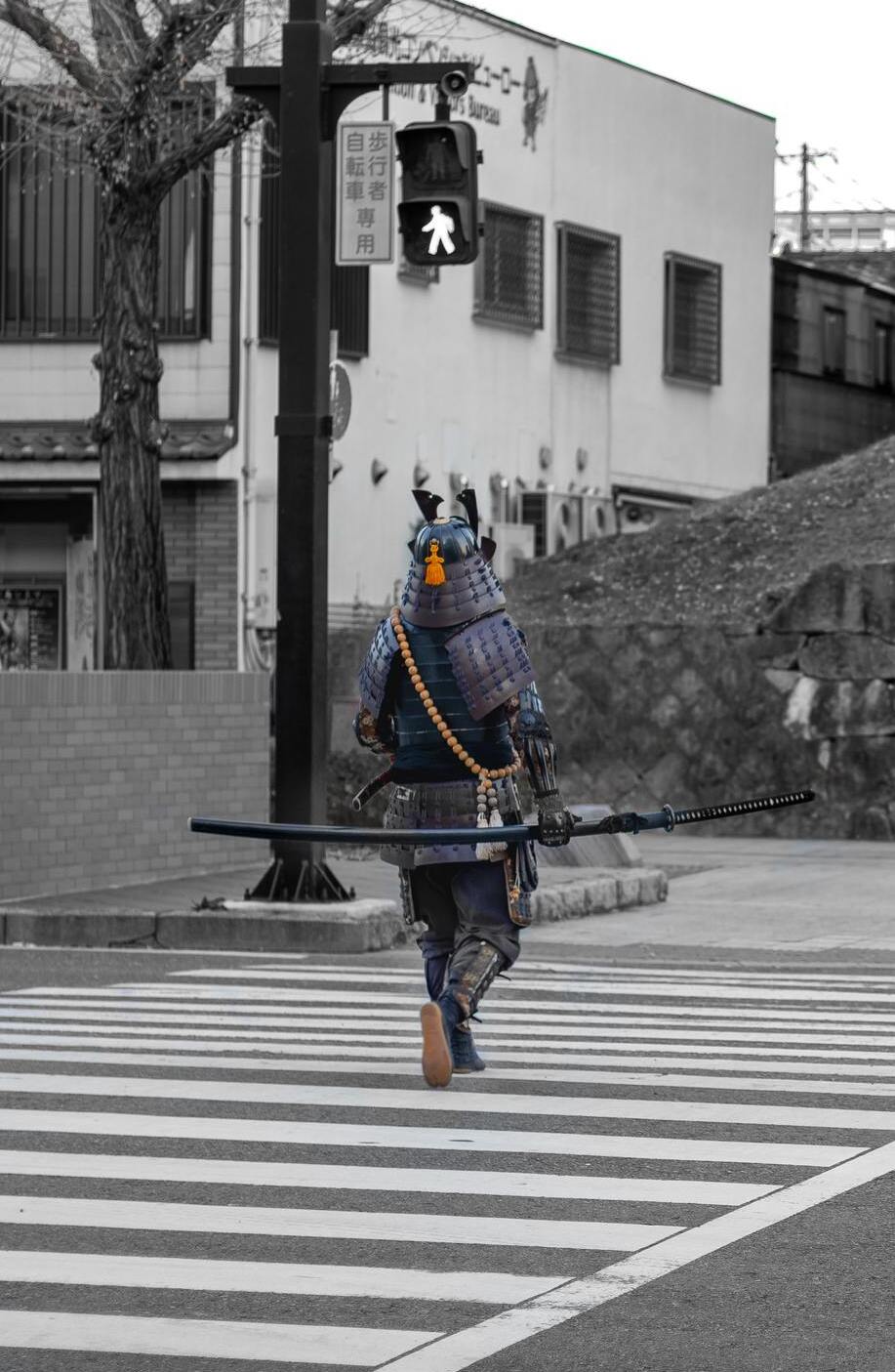 This is why, to this day, the samurai code still lives. We may not have many samurai anymore, but their values live on through the code. This article is followed by many people on their path to self-improvement – allowing them to refine their samurai soul and learn a few japanese vocabulary words along the way.

Looking at the characters from which Jin 仁 was made, you can see two separate entities: 人, which signifies a person or a man, and 二, which signifies “two.” Through this, the samurai gave us an idea of how we should treat one another. The samurai should be benevolent and maintain compassion for those in an inability to help themselves.

Samurai went through vigorous training to improve themselves, but they rarely used that strength to inflict harm on others for no reason. Instead, they used it for defense, and to help the others. The equivalent for today would be that if two people would treat each other with empathy, the world would become a much better place.

In this regard, benevolence also stands for mercy. Even if one has the power, it does not mean that it has to be exerted over the weaker person. A modern samurai shows humanity, even towards his enemies.

On a related note, we have a article about Japanese vocabulary which is relevant to expressing emotions in Japanese.

The character Rei 礼 in the samurai code stands for politeness and courtesy. While samurai were of a higher class, they were taught to be humble and to treat people with respect, rather than being arrogant and conceited.

If you go by the samurai code Rei 礼, then you should be able to avoid conflicts and quarrels – making your life much easier.

This aspect of the samurai code is recognizable in contemporary Japanese culture, in particular in how opinions are expressed in Japanese .

Respect is also tied to Rei 礼, as this virtue is highly important for samurai – whether they hold a sword or not. Instead of being deceptive and cruel, a samurai has to be strong and gentle – even towards enemies.

Noblesse gives respect, and it was expected that if you give respect, you will receive respect. These values followed us to this day.

In the samurai code, 勇 Yū stands for courage. It is no secret that samurai were courageous. You could not call yourself a samurai if you lived out your life in fear or backed down from a fight. A samurai, regardless of the time that he lives in, is very confident and not afraid to take risks.

A samurai also continuously strives for growth. This is exactly why they are courageous and take all these risks – they know it’s impossible to grow without risks and failure.

The samurai continuously tried to improve themselves and they would never settle. Even a modern samurai (a person following the samurai code of values) would stand up for what they believe in, refusing to go in a stalemate.

On a related note, we have a article on describing personality traits in Japanese.

Honor, in other words, Meiyo 名誉, is another important value for self-improvement passed down from the samurai code. A samurai would look deep within himself for self-improvement, and they would not search for validation or judgment from other people.

The samurai had honor, and they would not put their actions and failures on anyone else; instead, they would hold themselves accountable.

A person living by the samurai code would not misrepresent themselves, nor will they live their lives in denial. If they made any errors in judgment, they would own up to them and try to correct their mistakes. This was their way of hanging onto their honor.

Date Masamune, Sendai founder and perhaps the most powerful feudal lord in the Tohoku area once said: “Rectitude carried to excess hardens into stiffness; benevolence indulged beyond measure sinks into weakness.”

For a samurai, Gi 義 – integrity and righteousness – was (and is) one of the most important virtues. To them, the samurai code also emphasized commitment, justice, and pride by always listening to their sense of duty.

This involves more than just doing good when people are around you; it is about maintaining your integrity, even when nobody else is watching you.

Throughout feudal Japan, a samurai was always loyal to his lord. We see this in modern Japan as well, where employees and employers are loyal to each other. While the economic transformation has changed this in the past few years, Chūgi 忠義 is still a virtue that should be maintained.

Wherever you may be, a person that you work with or care about should know that you are someone they can count on, regardless of the circumstances. This kind of devotion is not just to help others – but it allows you to create an unbreakable bond that increases your value to other people.

With this, a lot of doors tend to open for you – all because people will know that you won’t scheme your way to the top. This kind of success can happen, but since it was based on shady practices, it won’t keep you there for long. However, loyalty can make you seem trustworthy – and this is exactly what you have to strive for.

Makoto 誠, or truthfulness, goes two ways: towards yourself, and towards others. When directed towards yourself, it takes on the shape of intellectual honesty: you see the world exactly the way it is, and not dive into self-delusion.

Wandering samurai Miyamoto Musashi also said this: “Truth is not what you want it to be; it is what is, and you must bend to its power or live a lie.” In other words, you need not lie to yourself about the truth, and you need to accept matters just the way they are.

Towards others, Makoto 誠 means not to lie to anyone, and to always keep your promises. Never make a promise that you know you can’t keep, and always do your best to maintain the promises that you made.

The word of a person has a lot of value, and when you remain truthful in the way you speak and act, you should be able to improve yourself more as a person.

The Samurai concept of Makoto is relevant both in the context of making Japanese friends and doing business in Japan.

The samurai code might be old, but it teaches people of every era how they should improve themselves. It shows you how to be a better person, and how to strive for success. It teaches you that even if you have the power, you should always be a good person striving for self-improvement.

In addition to the samurai code, there are many other concepts within Japanese culture, which help us change our perspective and grow. One of these is the Japanese concept of ‘Oubaitori’.

PS: If you are learning a language such as Japanese, you can use our free language tool to record your vocabulary lists and phrase lists

By Andreea - Lucia Iavorenciuc
Andreea is a journalist
Share