What are reduced relative clauses and how to use them?

Albert Einstein, who was a well-respected scientist, once explained to us that all is relative. And what can be more relative than something called a relative clause?

You can see a relative clause in the first sentence, between the commas, informing us that Albert Einstein was a well-respected scientist.

The relative clause I’m currently writing is different. This is because I didn’t put that between “relative clause” and “I’m writing”. I’ve reduced it.

Let’s dive into the relativity of it all together and find out. 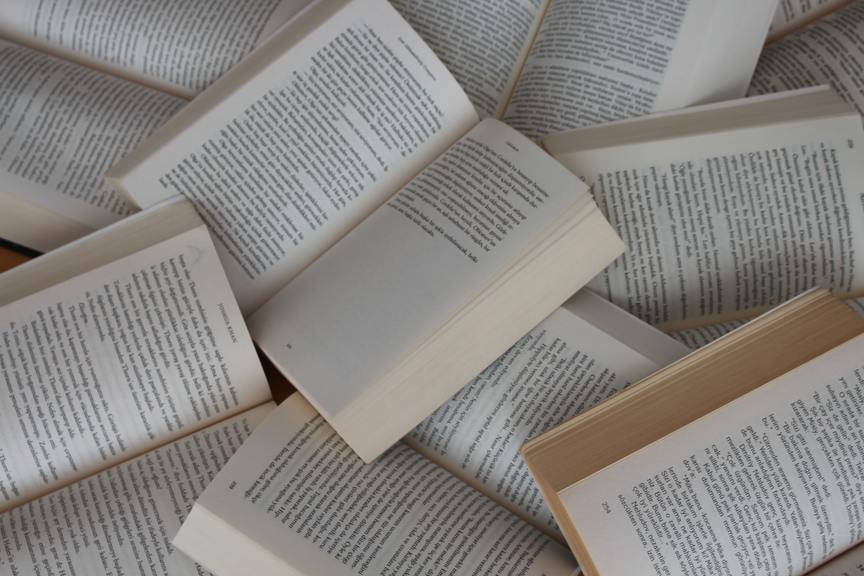 What are relative clauses?

Relative clauses are short phrases, usually introduced by who, which or that, which give us additional information about the noun they follow.

A relative clause enables you to add more details about a person or concept you’re explaining in a single sentence.

Whenever you are trying to define a word you are likely using a relative clause - for example, a doctor is a person who cures sick people.

Let’s take a look at this funny definition of a teacher:

The relative clause used in this definition is underlinded and its function is to give us more information about the kind of people teachers are. We actually get this definition by combining two sentences:

Teachers are people who help you solve problems.

In this example, if you remove the relative clause, the remaining sentence doesn’t make sense, so such a clause is called a defining relative clause (also known as a restrictive clause or essential clause). This type of relative clause bears meaning that is of utmost importance to the rest of the sentence.

Albert Einstein, who is a well-respected scientist, once explained to us that all is relative.

What to remember about the different types of relative clauses

You don’t need to trouble yourself memorizing the names of relative clauses, but it is important to remember that if the clause is vital to the meaning of the sentence, we don’t use a comma before or after it. However, if you are just adding some extra info, the commas have to be there. Here are a few more examples:

- People who don’t wear a mask shall not be permitted inside.
- My sister Sally, who always wears lipstick, is going to join us.

Another thing to keep in mind is that in a defining relative clause you can always use that instead of which or who, which is not the case in a non-defining one.

- People that don’t wear a mask shall not be permitted inside. – perfectly fine
- My sister Sally, that always wears lipstick, is going to join us. – not correct

Other than who (used for people) and which (used for animals and things), we can use other words to introduce a relative clause. These words are called relative pronouns.

We use different relative pronouns depending on what we’re defining. A doctor is a person who cures sick people, but a stadium is a place where people watch football matches.

Here’s a list of relative pronouns and their use:

Reduced Relative Clauses (Or Not?)

The first method of shortening a relative clause that comes to mind is by omitting who, which or that from the regular relative clause. We’ll go back to the definition of teachers now to demonstrate this.

The undelined phrase is a relative clause giving us more information about 'problems'.

Let’s split this definition into the two sentences that were used to make it:
- Teachers help you solve problems.
- You’d never have the problems without teachers.

- Teachers help you solve problems (which/that) you’d never have without them.

We’ve left out which/that and the end result is a shortened clause. This is a very common way of forming relative clauses and is typical of spoken interactions.

Here are some more examples:
- Mondays are usually the days (when) I feel the most stressed out.
- They were the only locals (who/that) I talked to during my trip.

The jury is still out on whether we can call a relative clause reduced if we’ve only removed the relative pronoun. As it turns out, it might not be as simple as that.

According to some grammar sticklers, in a proper reduced relative clause we don’t just remove the relative pronoun, but have to modify or remove other components as well.

We use present participle phrases (verb + -ing) to reduce a relative clause in an active tense, such as present simple, past simple, present continuous, past continuous, etc.

To do this you delete the relative pronoun (who, which, that, when, etc.) and any auxiliary verbs (am, are, is, was, were, does, did, have, has, had), and use the present participle of the main verb.

Take a look at this example:
- The students who practice grammar every day will improve their writing.

When reducing this relative clause, we have to omit who and make a present participle from practice (practice + -ing = practicing). This is the result:
- The students practicing grammar every day will improve their writing.

In a negative relative clause, we use 'not' at the beginning of the participle phrase.
- The people that did not apply missed their chance.

Here we leave out that and did (auxiliary verb), and again make a present participle (apply + ing = applying).
- The people not applying missed their chance.

This can be a tricky one, so let’s start with an example:

- The students who have studied grammar regularly won’t have any problems on the test.

1) reducing to a present participle

- The students studying grammar regularly won’t have any problems on the test.
In this example, the students are still studying, there’s more time until the test.

To do this, you need to remove the relative pronoun and transform have, has or had into having.

- The students having studied grammar regularly won’t have any problems on the test.

When using a perfect participle, you are emphasizing that the action in question is completed. In this example, there is no more time for studying, the test has already started.

If the reduced relative clause refers to the subject of the main sentence, you can put it at the beginning of the sentence:
- Having studied grammar regularly, the students won’t have any problems on the test.

- The airport, which was built by a famous architect, is one of the most famous buildings in the city.

- The airport, built by a famous architect, is one of the most famous buildings in the city.

If a relative clause contains a preposition after the relative pronoun and auxiliary verb, we can shorten it to a prepositional phrase.

- The book which is on the desk is my favorite.

Remove the relative pronoun, remove the auxiliary verb (is) and we get:

- The book on the desk is my favorite.

Relative clauses are basically more detailed descriptions of a person or concept, so they often contain an adjective. If that adjective comes after the verb 'to be' (is, are, was, were), you can reduce the relative clause to an adjective phrase.

- The book, which is available online, has had a lot of success.

Simply remove everything before the adjective (available):

- The book, available online, has had a lot of success.

In some cases, the entire relative clause can be reduced to an adjective, which then changes its position.

- The boy, who was the oldest, was voted class president.

When we remove who and was, all that’s left is the oldest, so we put that in front of the noun boy.

- Sally is always the first person who remembers my birthday.

Instead of who remembers, write to remember:

- Sally is always the first person to remember my birthday.

If a to-infinitive is in a passive relative clause, we simply remove the relative pronoun and the auxiliary verb.

- The program, which is to be implemented straight away, will improve the company’s success.

- The program, to be implemented straight away, will improve the company’s success.

When to use reduced relative clauses

In spoken English using reduced relative clauses comes naturally. Full relative clauses are not that common in spoken interactions. Imagine yourself saying:”Rihanna, who is a successful singer from Barbados, released a new single.” Highly unlikely.

In writing, using full relative clauses sounds a bit more natural. The sentence about Rihanna, which contains a non-defining relative clause, wouldn’t seem out of place in an online blog or a newspaper article.

However, the most likely version of it would be a reduced one - “Rihanna, a successful singer from Barbados, released a new single.”

When trying to get a message across aim to keep it as short as possible. Removing unnecessary words in a sentence helps convey your message more clearly. By using a reduced relative clause, you decrease the word count in your sentences and present the information more concisely.

So, the next time you check your writing, look for the who, which or that clauses referring to a noun and try to reduce them. Only tackle ones you are confident will make your sentences sound more elegant. Try to strike the right balance between using a relative and a reduced relative clause. If you manage to do so, your writing will be spotless.