Japan has some of the tastiest and most iconic cuisine of any country making Japanese cooking at home one of the most rewarding culinary endeavors.

While there are many useful websites and videos detailing how to cook Japanese food in English, if you really want to learn how to make authentic Japanese food, you have to go straight to the source - the original Japanese recipes themselves!

Learning the vocabulary and grammar involved with reading and eventually writing your own Japanese recipes yourself may take a little work. However, with enough studying, you’ll be cooking like a pro in no time! 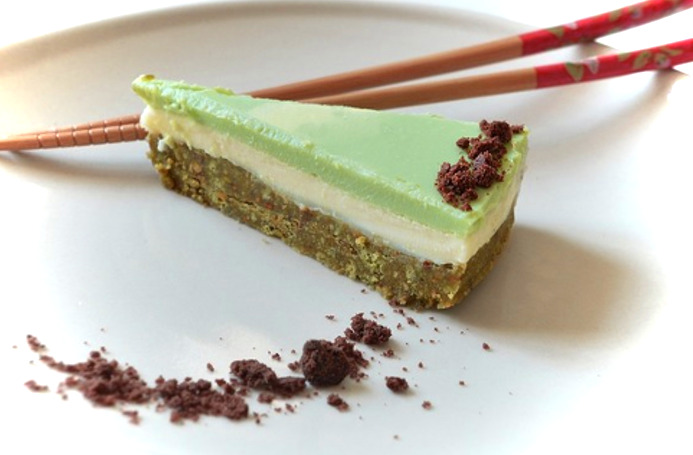 Before learning how to read and write recipes in Japanese, the first step is to acquaint yourself with some common ingredients that will come up often in Japanese recipes.

One thing to keep in mind is that if you’re looking to bring a recipe from home and then translate it into Japanese, there are many ingredients that can potentially be difficult to find in Japan or may differ from your home country.

To get started, we recommend stocking your pantries with the basics. The following list of vocabulary words are some of the most essential ingredients that you’ll see pop up when you are reading a recipe in Japanese.

While covering every single ingredient that you’ll need for Japanese cooking in one article is impossible, the next set of Japanese vocabulary words are some of the most common when it comes to reading or writing a recipe in Japanese:

So now that you’ve gotten your ingredients together, you can get started! But what will you use to make your feast? Japanese kitchens tend to be quite compact and so many of the kitchen gadgets and gizmos you may be used to in your own country may not be part of a standard kitchen.

Nonetheless, let’s learn what the most common kitchen necessities are called in Japanese.

Cultural Tip: Most Japanese houses don’t have a stove and so baking anything in Japan such as bread, a roast chicken, or a cake is pretty much impossible unless you’re willing to shell out some major cash to install a proper oven. As a result, most people in Japan will cook nearly all their meals on a stovetop.

But if in Japanese you ask someone to use their stove (ストーブ - Sutōbu), they’ll probably give you a puzzled look and ask if you are cold. Why is this? This is because in Japanese, ストーブ means a heater.

In fact, what you really want is to use their “Gas” (ガス - Gasu). It may sound counterintuitive, but that’s just how things are.

When reading or writing a recipe in Japanese, the most common grammar pattern that you will encounter is the imperative te-form. For example:

When we use the te-form, we are telling someone to do something. This is how most of the instructions are formulated when writing a recipe in Japanese.

Here are the basic rules for constructing the te-form in Japanese:

Which do you add to the pan first? The chicken or the egg? Sequential words are an important part of understanding how to read a recipe in Japanese because they tell you what order to add the ingredients in.

For example, let’s pretend you are making scrambled eggs:

Here are some additional Japanese vocabulary words that will give your recipe a sense of flow and direction in addition to telling you what order to do things.

So now that you know ingredients, utensils, and a few helpful grammar points that will help you to read and write recipes in Japanese, the next step is learning some helpful verbs that will be the backbone of any recipe.

As mentioned before, unlike most western-style cooking that heavily relies on an oven, Japanese cooking tends to only involve the stove top, rice cooker, and maybe even the grilled fish oven.

While some of the cooking methods may be unfamiliar, let’s take a look at some common cooking verbs in Japanese.

It happens to the best of us. Sometimes we add too much of one ingredient or not enough of another one. Other times we mistake sugar for salt and make a soup way sweeter than any of us ever intended. And in the worst-case scenario, we forget about what’s been cooking on the stove and burn our dish to charcoal.

It’s okay! It happens to the best of us! The important thing is that we learn from our mistakes and that we own up to them. Here are a few helpful phrases to help you express yourself in Japanese when things go wrong in the kitchen:

So now that you’ve sliced, diced, and minced your way through the kitchen, now it’s time for the best part - eating your creation! The Japanese culinary palette has a large range but primarily embraces a salty, sour, bitter, spicy, or sweet flavor profile.

Let’s learn how to describe the food we learned how to make with some new Japanese flavor adjectives.

Not familiar with the last term on that list? «Umami» is actually a loanword from Japanese and is described as “savoriness” or the general flavor of the earth. Some ingredients that are said to give a dish that special umami touch would be mushrooms, beef, and root vegetables.

Practice session: reading and writing a recipe in Japanese

So now that you’ve learned a whole slew of Japanese vocabulary words to help you read and write recipes in Japanese, let’s put your skills to the test and try making a traditional recipe entirely in Japanese.

In the authentic Japanese fashion, today we’ll be learning how to make a very popular umami Japanese dish known as takikomi rice or takikomi gohan.

Takikomi rice is a popular home-cooked meal that for a lot of people serves as a comfort food. It is said that when you eat takikomi rice, with each bite brings the feeling of coming home.

1. The practice recipe written in Japanese

3. The practice recipe translated to English

So what did you think? Were you able to do it all in Japanese? Did you have to check back on the romaji? It’s okay if you had to rely on the English translation too. Reading and understanding a recipe in Japanese is very difficult but the more you practice the easier it will become.

Now it’s your turn. If one day you hope to go to Japan, you’ll need to know not only how to read a recipe in Japanese, but also how to write one as well.

Cultural exchange goes two ways and so make sure you translate your home country’s recipes into Japanese so that all of your local friends can enjoy your culture as well.