Making friends in a language other than your native tongue can be difficult, but it can also be a wonderful way to meet new people and cultures. If you ever find yourself in France looking to make friends to go out for dinner, go dancing, or visit a museum, here are some go-to phrases you should learn.

Introductions are maybe the most important part of getting to know anyone. Here are some basic – and more complex – introductions so you can meet anyone with confidence.

« Bonjour, comment vous appelez-vous? »
- “Hello, what is your name ?” In French, you either use the pronoun vous (formal) or tu (informal). If you are meeting someone older or with whom you do not feel yet comfortable, stick to the “vous,” but if they are your age, you can use “tu.”

« Bonjour ! Es-tu de Paris ? »
-  “Hi ! Are you from Paris ?” If you are meeting someone for the first time, this is a good gateway to getting to know if the person is a local, and perhaps have some sites to show you.

« Je viens d’arriver en France. Connais-tu des endroits sympas à visiter ? »
-  “I have just arrived in Paris. Do you know of cool places to visit?” Getting to know a city is an incredible experience but getting to know it with someone who is familiar with it is even better to get a deep cultural perspective.

« Salut, mon ami ! »
-  “Hello, my friend!” This is a more casual phrase you would say after seeing someone a couple of times. It can be used synonymously to mean hello and goodbye casually. 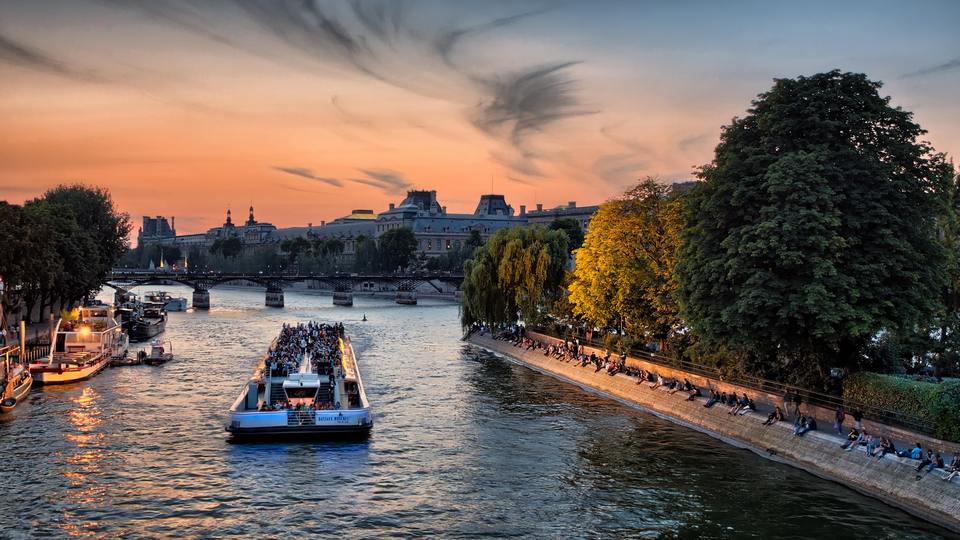 What to do with French friends

French people know how to have a good time. Famous for their partying, apéros, and love of tight social settings, there are a million and one possible activities to do with new or old French friends. Here are a few ideas:

« Voudrais-tu boire un café avec moi cette semaine ? »
-  “Would you like to get coffee with me this week?” Coffee is always a great way to get to know anyone. If the person is a local, ask them to bring you to their favorite café in Paris.

« Voudrais-tu aller voir une exposition avec moi après-demain ? »
-  “Would you like to go see an exhibit with me the day after tomorrow?” France has no shortage of museums and cultural spaces to visit. Visiting a museum is a perfect way to spend time with someone you do not know very well.

« Est-ce que tu serais disponible cet après-midi pour faire un pique-nique au bord de la Seine ? »
-  “Would you be available this afternoon to have a picnic by the Seine?” Everyday young and old gather in flocks to eat or drink by the Seine. Not only is the river in the middle of Paris easy to find, but it also provides a panorama of Paris’s beautiful skyline.

« Veux-tu faire du shopping avec moi cette fin de semaine ? »
-  “Would you like to go shopping with me this weekend?” ‘Fin de semaine’ translates to “end of the weekend,” but you can also swap it with the English ‘weekend,’ which is used in the French language. This goes with shopping, a term adopted by the French with the accent.
(see French phrases to use when shopping)

« Veux-tu sortir en boite de nuit latine ensemble ce soir ? »
-  “Would you like to go to a latin night club together tonight?” Dancing with friends is always better than dancing alone, and who doesn’t love latin music on a Thursday night in Paris?
(more on how to flirt and be romantic in French )

« Je ne travaille pas demain. Est-ce que ca te dis qu’on sorte ce soir ? »
-  “I don’t work tomorrow. Would you like to go out tonight?” ‘Est-ce que ca te dit’ translates closer to ‘does it speak to you,’ but it is an expression to ask if it is of interest.

« Je n’ai rien de prévu demain. Es-tu disponible pour faire quelque chose ? »
-  “I have nothing planned tomorrow. Are you available to do something?” If you do not have any specific ideas as to what to do, or do not want to seem imposing, this is a great open-ended question to ask someone you want to hang out with.

« J’ai envie de sortir mais je ne connais personne. Sais-tu s’il y a des soirées cools ce soir ? »
-  “I want to go out but I do not know anyone! Do you know if there are any cool parties tonight?” ‘Soirees’ in French is pretty open-ended, so it may mean an apartment party or a huge warehouse club.

« Est-ce que tu voudrais qu’on déjeune à un restau végétarien demain ? »
-  “Would you like for us to get lunch at a vegetarian restaurant tomorrow?” ‘Dejeuner’ is a verb which means “to eat lunch.” To ask to get dinner, swap ‘dejeune’ with ‘dine.’ 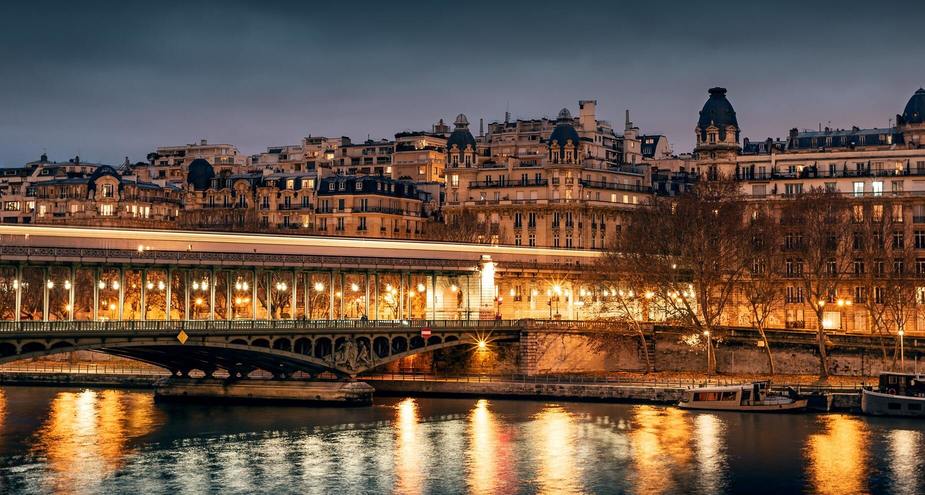 Getting to know someone in French

The best way to get to know someone is by asking questions to engage a conversation. Instead of asking simple ‘yes’ or ‘no’ questions, here are some phrases you could use to jump start good conversations:

« Que fais-tu dans la vie ? »
-  “What do you do in life?” This is a good, non-judgmental question to ask someone when getting to know them. It does not specify if you are asking about work, study, or hobbies in particular, so the person can respond freely.

« As-tu vécu toute ta vie à Paris ? »
-  “Have you spent your entire life in Paris?” Of course, you can swap out ‘Paris’ with any other city you may find yourself in, such as Marseille, Lyon, or Bordeaux.

« As-tu déjà été aux Etats-Unis ? »
-  “Have you ever been to the United States?” Just as with the last question, you can swap “Etats-Unis’ with any other country you may be from.

« Quelle sorte de musique aimes-tu écouter ? »
-  “What kind of music do you like to listen to?” Responses include ‘le jazz,’ (jazz), ‘la musique classique’ (classical music), and ‘la techno’ (techno). There is an expansive techno scene in Paris worth exploring.

« Aimes-tu voyager? »
-  “Do you like to travel?” If you are traveling across Europe, for example, this is a good gateway into a conversation about travel adventures and aspirations.

Describing yourself in French to people you have just met

As much as it is important to ask questions about the other person, it is just as crucial to know how to talk about yourself, your hobbies, your interests, and why you are in France. Here are some phrases to know when describing yourself to strangers or acquaintances:

« Je suis Americain/Americaine. »
-  “I am American.” ‘Americain’ is masculine, ‘Americaine’ is feminine. You can replace this with any nationality, for example, “Je suis nigérien/nigérienne” (I am Nigerian).

« Je fais du backpacking à travers l'Europe. »
-  “I am backpacking across Europe.” Backpacking generally means traveling low-cost with just a backpack and no extra luggage. ‘Backpacking’ was taken from English, but if you use an American or English accent, French people probably will not understand you the first time around.

« Je suis ici pour le travail. »
-  “I am here to travel.” If you are working from your computer, you can say “Je fais du tele-travail.”

« Je viens d’arriver et j’essaye de me faire des amis. »
-  “I just arrived, and I am trying to make new friends.” Honesty and communication are always important when establishing new relationships, especially when you are in a new city. Telling people honestly that you want to meet new people can build trust.

« Je suis un peu timide, mais j’ai envie de rencontrer de nouvelles personnes. »
-  “I am a bit shy, but I want to meet new people.” Be honest with the people you meet! French people do not appreciate superficial or inauthentic answers. This is also a great way for them to introduce you to their own friends.

« J’aimerais essayer un Paris-Brest. »
-  “I would like to try a Paris-Brest.” A ‘Paris-Brest’ is a classic French hazelnut-crème patisserie which is worth scavenging every Parisian bakery for. That said, you can replace “Paris-Brest” with anything, such as ‘escargots’ (snails).
(see French phrases to use when ordering in a restaurant)

« Je voudrais voir une pièce à l'opéra. »
-  “I would like to see a performance at the opera.” Not only is the Parisian opera a beautiful and historically rich building, it also hosts some of the most world-renowned opera shows. It is also a reason to get fancy!

« C’est la première fois que je quitte mon pays natal. »
-  “This is the first time that I have left my home country.” If it is the case, this is a good phrase to use so the person you are speaking with can better understand your situation. It also gives a hint that you are looking to meet new people!

Meeting new people in a different language may be daunting, but trust me, it may just be the best part of your travels. Tour guides and Wikipedia may give you an infinite number of facts about a specific location, but nothing is more precious than having the opportunity to discover a city or a country with a local. It is also a way to become culturally sensitive to the social world you are in.

With that, salut, mon ami !

You can use our free web application to record your own French phrases.