But what about Tagalog? I thought it’s the language spoken in the country?

Tagalog is the language spoken in Luzon, the largest island in the country located in the north. While Filipino is considered the national language of the Philippines, there are over a hundred other dialects spoken throughout the archipelago. In Luzon, much of the population speaks Tagalog, which is what the Filipino language is based on. This begs the question: Is learning the Filipino language worth it? 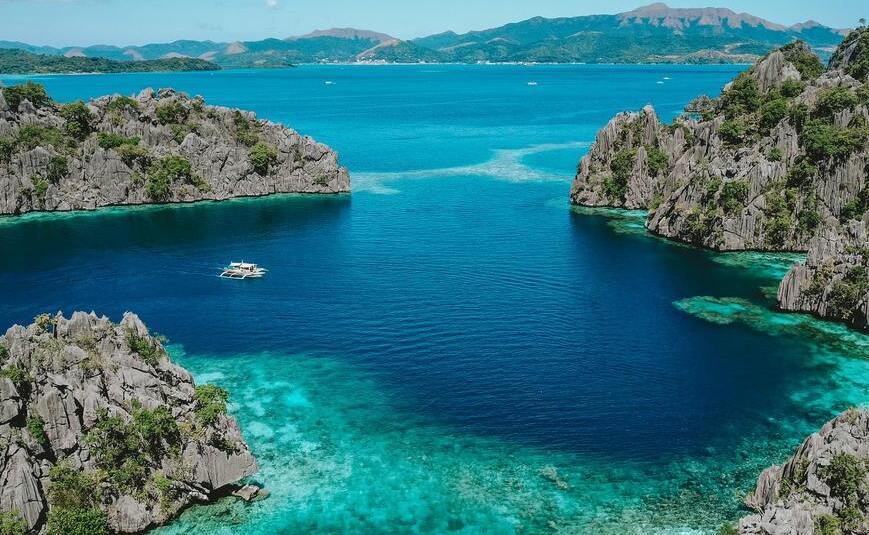 Why learn the Filipino language?

Filipinos are all over the world. According to statistics, 10 million out of the total 110 million Filipinos in the world currently reside outside the Philippines. One of your friends or loved ones might even be a Filipino, and perhaps that’s the reason you’re reading this. Filipinos can understand and speak English well, but they would really appreciate it if you can communicate with them in their native tongue.

Furthermore, Filipino is an interesting language to learn. Learning Filipino is enriching, just as it is enriching to study the beautiful culture of the Philippines. If you love history and would want to learn more about the Filipino people and their culture, you should know that learning the language is worth your time and attention. Learning even just the fundamentals of Tagalog should be enough to help you understand and appreciate the history, traditions, and customs of the Filipino people.

Finally, learning Filipino can be a means for you to learn more languages. I’d like to say that Filipino is unchallenging, but it is not. The Foreign Service Institute ranks it as even more difficult to learn than French or Romanian. It takes more than a thousand hours to master Filipino, so once you’ve learned it, what could stop you from learning more languages? 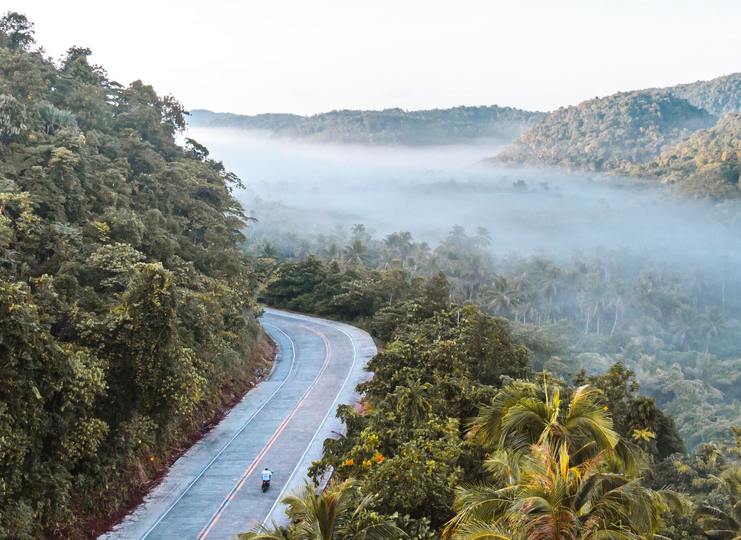 Filipino may be considered more difficult to learn than other languages, but it gets easier once you’ve gotten the difficult aspects out of the way. One thing that makes Filipino straightforward to learn is that the words are pronounced the way they are spelled.

The word aral or “study,” for instance, is spoken as it is spelled /a-ral/. The same is true with kain or “eat,” which is spoken as /ka-in/.

Here, you’ll see that syllabication is not a problem. Also, you simply need to familiarize yourself with patinig, or “vowels,” and katinig, or “consonants,” and everything else will follow. Of course, you’ll have to deal with affricates and fricatives later on, as well as glottal stops and stresses. However, for the most part, phonetics won’t be much of a challenge when it comes to learning Filipino.

In the same manner, words in the Filipino language are spelled the way they are pronounced. You won’t have to deal with “th” sounds or worry that “k” sounds might be spelled as “ch”. Even words with multiple syllables are spelled with ease.

Here are more Filipino words that may look and sound familiar:

Why do these words sound as if they are Spanish words? Well, that’s because the Philippines was under Spanish rule for 333 years. And while the early Filipinos spoke some version of Tagalog in the past, Spanish eventually became the official language of the country for three centuries. This is good news if you already know some Spanish!

Here’s another reason why Filipino is easy to learn: you won’t have to deal with gender-specific pronouns. That’s because Filipino doesn’t have one. This may be a bit confusing at first to some degree, but it does make it easier to learn a language if you don’t have to use different pronouns for males and females.

In the same manner, there’s no Filipino word for “they” and “them.” The word used to refer to more than one person in Filipino is sila and nothing else. Let me give you some example sentences.

Notice that the both “he” and “she” translates to siya.

The uniqueness of Filipino word order...

Now, you might have noticed that the position of the pronoun sila has changed in the second example. That’s because Filipino word structure is very flexible. There are several different ways you can write one sentence! Let me show you an example.

“Andrea gave her sister a gift.”

Here, you will see nine different ways the example sentence could be written in Filipino! The last line is what you would use in a regular conversation, although all nine translations are grammatically correct.

I’ve mentioned that one reason Filipino is easy to learn is that most words have direct English translations. This is very important when learning a new language because it means you can start communicating with the locals even if you’re just a novice. Here are some beginner phrases to help build your Filipino word bank:

Like most Asian cultures, Filipino use honorifics. Here are important words you should know when addressing others in Filipino:

Politeness is highly valued in Philippine culture. When addressing people who are older or are more superior in rank, always use the particle po or ho. Only the spelling of the words is different, but both mean and imply the same thing.

While this greeting is translated as a regular “Good morning” in English, in Filipino, the addition of the particle po turns it into a politer expression. Aside from using po or ho, another way you can make your greetings politer is by addressing someone in the third person. For instance, when asking someone, “How are you?” you can say,

This is in contrast to simply saying,

That said, it’s rude to use the second person when addressing someone who is way older than you, or someone who’s higher in rank, such as your boss. In the Philippines, you don’t go and greet your boss with,

You should always say,

Since we’re talking about being polite, why don’t we talk about the Filipino gesture pagmamano? This is definitely one of the first things you need to learn when you visit the Philippines. Pagmamano is derived from the word mano, which means “hand” in Spanish. This is an honoring gesture done by taking the hand of an elderly person and placing the outside of their palm on one’s forehead.

This is followed by the expression, Mano po. Over time, Mano po has evolved to become,

As such, mano po is not only a sign of respect but a request for a blessing.

Should foreigners observe this gesture? Sure! Pagmamano is a gesture that applies to everyone who wants to show respect to the Filipino elderly. So, yes, you are free to perform this gesture when visiting the Philippines. And yes, you can use either Mano po or Pa-bless po.

This time, let’s move on to some basic phrases you can use to greet people in Filipino. In the Philippines, the most common greeting you would hear is,

Sounds familiar? That’s because kumusta is derived from the Spanish ¿Cómo está?, which translates to, “How are you?”

You can also use time-sensitive greetings, such as the following:

Responding to greetings in Filipino

Now, when someone asks you « kumusta » first, you can respond with the following expressions:

We have finished covering some of the basic beginner-level Filipino phrases. In an other article, we cover some more advanced Filipino phrases, in particular Filipino compliments and love phrases. 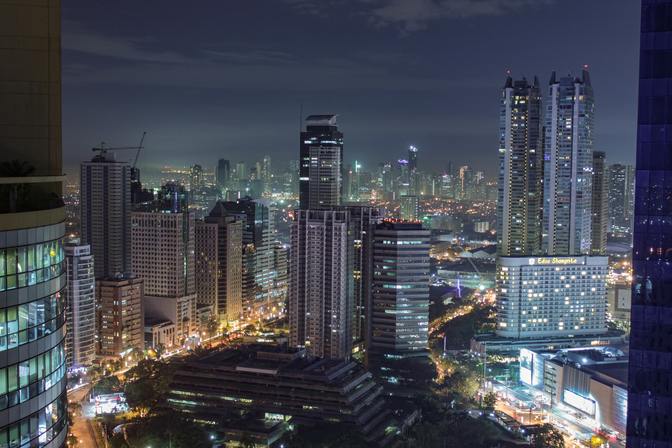 The challenging aspects of learning Filipino

I’ve mentioned that Filipino words are pronounced as they are spelled. Well, that’s true most of the time. However, some words can be a bit tricky to pronounce. Here are a few of them:

While the Filipino alphabet is based mainly on the Latin script, it includes letters not found in the English alphabet. For instance, there’s the letter ng. This one’s infamous for being difficult to pronounce. You’ll find this in words like,

Most learners of the Filipino language find this as one of the most challenging parts of learning Filipino. But let me give you a tip. Just pronounce it the way you would pronounce the ng sound in words like “singing” and “ringing.”

Filipino words with no English equivalents

Another challenging aspect of learning Filipino is that some words do not have a direct translation in English. But don’t worry. I’ve compiled a list of those words so that you won’t have to wonder what they mean in case you encounter them in the future.

Naalimpungatan siya dahil sa ingay. “He was startled awake by the noise.”

Masaya ako basta magkasama tayo. “I am happy as long as we’re together.”

Diskarte ang kailangan para manalo. “You need to be clever in order to win.”

These are just some of the potential challenges you will encounter as you go on in your journey of learning Filipino. Don’t let them stop you, though. Instead, let them motivate you to master the language even more.

Where Should I Start?

It takes a total of 1100 hours to learn and master Filipino. The good news is that there are various tools available to help you study the language in a way that will suit your learning style.

One of these tools is VocabChat. With VocabChat, you can create your own list of vocabulary words to study at your own pace. And not just in Filipino, but in almost any language!

By Eric James Estante
Eric is a language enthusiast
Share