They say that home is where the heart is. But what exactly makes up a home? Is it four walls and a roof? Somewhere you live, eat, and sleep? Or is it just where you keep you keep belongs and while you go about your day.

Regardless of what a home means to you, a house isn’t much without furniture inside and so let’s learn some helpful furniture vocabulary in Japanese to help you describe your home to others. 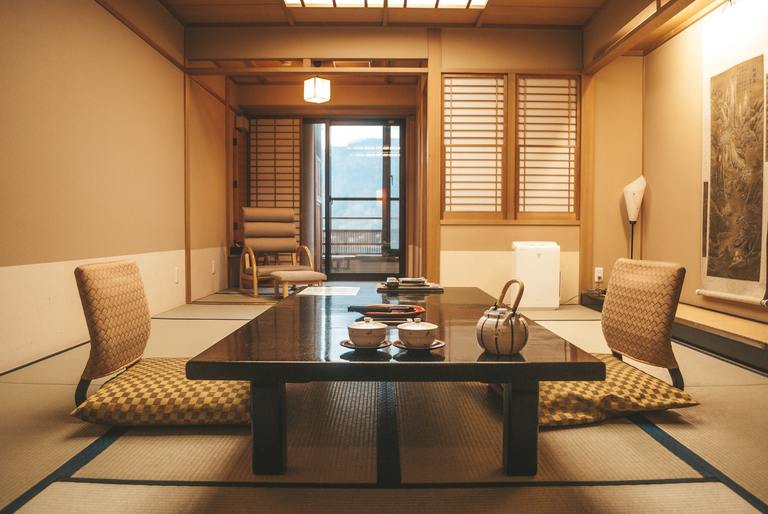 Types of Houses in Japanese

Before we get into learning the names of various pieces of furniture in Japanese, it might be helpful to first know what type of house you are living in.

Despite having a relatively large population, only 20% of Japanese land is actually inhabitable given that the other 80% of Japan’s land is protruding mountains that make life very difficult.

As a result, the majority of Japanese live in heavily concentrated cities like Tokyo where homes are quite small and narrow, especially compared to Western standards.

As you can see from terms like “1R” and “2LDK”, Japan has a unique abbreviation system for when it comes to describing the layout of your home. The abbreviations are as follows:

Just like “2LDK”, you can add numbers in there to indicate how many of each room there are and mix and match to best describe your home in Japanese.

The first thing you’ll do when you enter a Japanese home is take off your shoes at the « 玄関 » (Genkan).

A genkan is a foyer or entryway into the home. All Japanese homes have one specifically for the purpose of taking off your shoes so as to not track dirt inside the house.

Here are some Japanese vocabulary terms for the furniture that you are likely to find in a genkan:

Typically when you enter someone’s home in Japan, you take off your shoes at the genkan and put on a pair of guest slippers as walking around barefoot is looked upon unfavorably.

Taking one's coat off and hanging it up is considered polite as well. When leaving, you can use the stool at the genkan to help put your shoes back on as well as the shoe horn. While the whole process does sound like a bit of a drag, it sure beats tracking mud all over the house.

The living room or « リビングルーム » (Ribingu rumu) is the heart of the modern day Japanese home and it's where most people spend the majority of their time while at home.

Because the majority of Japanese homes lack central heating or insulation, in the winter when temperatures drop, most people will gather in the living room around the « こたつ » (Kotatsu).

A Japanese kotatsu is a type of table with a heater underneath and a blanket around all four sides to trap in the heat.

Since many people in Japan prefer to sit on the ground, the table is typically low to the ground and in the warmer months, the blanket is removed and it is used as a regular table or coffee table. 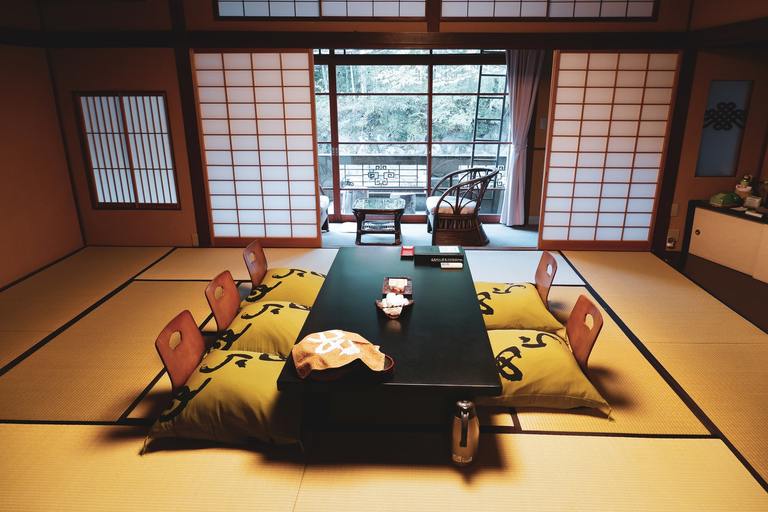 Some other vocabulary words for pieces of furniture that you’ll find in a Japanese living room are:

This Japanese idiom is the equivalent of the English expression: “home is where the heart is”. However, it takes a bit of extra knowledge about Japanese linguistics to fully understand the cultural connotation as well.

When you put it all together, it reads as: “If you live somewhere it becomes the capital”. In other words, where you reside is the center of your world.

While the living room may be the heart of the Japanese home, the kitchen is where the action is! In most Japanese homes however, the kitchen, dining room, and living room are all either connected or are in close proximity so that the food doesn't get cold as it makes its way from the stovetop to your plate.

Another reason that the two tend to be combined is that while cooking or eating, watching or using the TV as background noise is extremely common in Japan and not quite as stigmatized as it is in the west.

Here is a list of Japanese vocabulary words for common kitchen furniture:

On a related note, we have written a guide to reading and writing Japanese recipes.

After a long day of work, there is nothing like coming home and just crashing in the privacy of your own bedroom.

For the most part, Japanese bedrooms are very similar to those found worldwide. One difference however is when it comes to the matter of bedding. Even in western style homes, many people still prefer Japanese style bedding called « 布団 » (Futon).

A futon is a type of soft Japanese mat that feels like a thick duvet or comforter. Just like a mattress uses a fitted sheet, futons are covered in a wrapped sheet that can be taken on and off for cleaning. The futon itself should be cleaned semi-regularly and can be done either by hand, or taken to a special laundromat that specializes in such.

Although the futon is not quite as soft as its western counterpart, one reason that many people in this day and age still prefer the futon has to do with Japanese homes themselves. As we talked about before, Japanese homes tend to be very small and so saving space is of the essence.

Typically with the futon, every morning after waking up, you would roll up your futon and put it away in a special compartment in the wall. This opens up the room by a good amount as well as prevents mold from forming underneath the futon itself.

Here is a list of Japanese vocabulary words bedroom furniture:

Just as some Japanese homes have futon and others have beds, these days it is not uncommon for the bedrooms in Japanese houses to be in the traditional Japanese style as well.

Japanese style rooms are called « 和室 » (Washitsu) and their defining trait is that instead of wood or sponge board flooring, they will be floored with traditional « 畳 » (tatami) mats.

What is a tatami mat? A tatami mat is a mat made from interlacing rice straw that has been tightly woven into a compact rectangle.

Because there are strict guidelines used and careful measurements taken when crafting tatami mats, each tatami mat is exactly 1.8 meters by 0.9 meters, or about 5.9 feet by 3.0 feet, and hence is often used as a system of measurement when talking about the square footage of one’s home.

This unit of measurement is referred to as « 畳 » (jou) and for example, an apartment that is « ８畳 » (Hachi jou), would have an area of about 12.2 square meters. Some other parts of the tatami are:

Due to wear and tear as well as Japan’s unrelenting humidity, tatami mats need to be replaced every five or so years and so when buying new tatami mats, these things need to be held under consideration.

Many people have preferences as to how hard or soft the base is, whether the surface is artificial or natural grain, or what color and design the border is.

In addition to being unique architecturally, there are many other pieces of furniture and elements that set Japanese style rooms apart as well. For example:

Furuma are sliding doors that are configured one of two ways. In larger rooms, it will be two doors that come together and meet at the center partition. In small rooms, it will be simply one door that slides along a wall. Fusuma doors are made of a tightly pulled fabric on a wooden frame and are fairly heavy as well.

Shoji are another style of traditional sliding doors but unlike the fusuma, they are transparent on account of being made of washi paper. These doors are incredibly thin and so while they don’t do a good job of keeping intruders out, they still help you to maintain some level of privacy while allowing natural light to shine through.

A Ranma is a wooden transom that is typically right above a shoji or fusuma. Traditionally, they are intricately carved out of wood and much like the shoji, allow light and even sound to peep through from the other side, while still maintaining one’s visual privacy. This way you can still keep an eye on the house while enjoying the privacy of your own room.

The Tokonoma is a sort of alcove scraped out of traditional Japanese style rooms and often a ceremonial or item of high value will be placed there for display. In some cases, seasonal flower arrangements will be set out, especially if one is expecting company. It can give a Japanese zen aesthetic to the room.

Since heavy furniture such as a wardrobe or cabinet may have the potential to not only damage the tatami mats, but also to clutter up the room as a whole, Chidaidana are cabinets that are built in the wall for this purpose.

Chigaidana are not only used to store things like clothing and household supplies, but many Japanese-style rooms have a specific chigaidana that is for the explicit purpose of storing the futon.

One of the more idyllic furniture pieces of the Japanese room, tsukeshoin are desks that are built into the window sill so that you can write under the natural light of the sun or look at the stars as you write during the night.

Japanese furniture vocabulary for the Bathroom

Unlike western bathrooms, most Japanese bathrooms are divided into two separate rooms or compartments. The lavatory « 便所 » (Benjo) and the bathing room « 風呂場 » (Furoba).

Here is a list of vocabulary words for the furniture items in a Japanese bathroom:

And there you have it! When it comes to furniture vocabulary in Japanese, there are quite a few new vocabulary words that may surprise you. Many of these you don’t typically use in daily conversation and so one strategy we recommend is putting post-it notes on the things in your home to help practice. Best of luck and never give up!