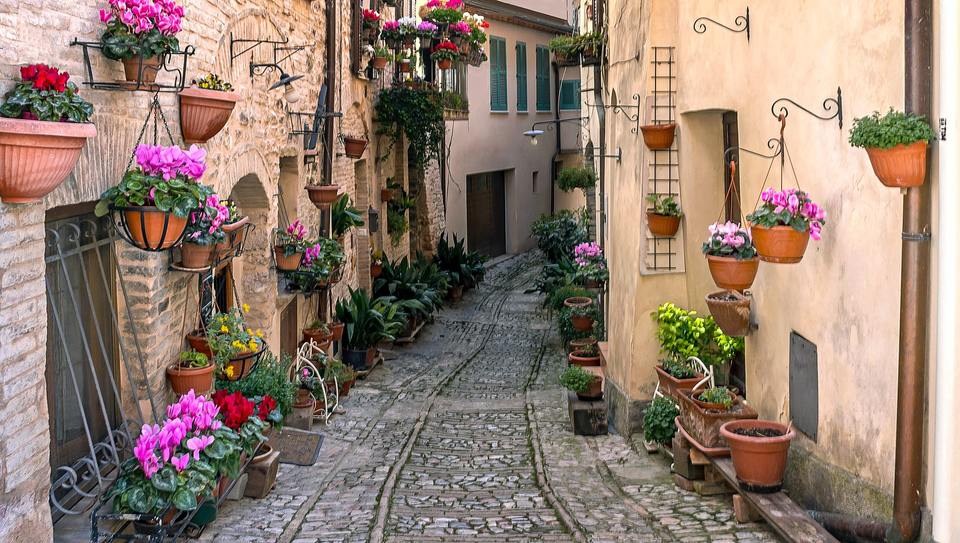 Do you want to master the Italian language but you’re not sure of how to do it? Are you stuck on the same old learning stage and you are eager to reach the next level? Well, learning a new language is so exciting and tough at the same time… there are just so many small challenges we need to address!

As far as Italian is concerned, it can be hard to make your way, for one thing, in the intricacies of the pronunciation, for which you can find some tips here. However, that is not all! Language learning is a bottomless pit, and we should never halt our discovery. If you feel you can’t progress, It is very likely that idioms are the next challenge that is waiting for you!

Idioms: What are they?

Our conversations are brimming with idioms. These expressions are made of a group of words that create a meaning which is not deducible through the literal translation of each component. In other words, idioms are more figurative than literal, they are more creative than compositionally accurate.

Every language is characterised by its set of idioms, and a literal translation is not functional in order to make sense of them. It wouldn’t be possible to recognize the good intentions of someone who’s wishing us to break a leg, if we didn’t know the figurative meaning of this expression.

Why should idioms be relevant to you?

Why are we encouraging you to learn some of the Italian idioms? Here are three main reasons:

Yes, you can — and you should — put into practice what grammar textbooks have taught you. You can — and you should — practice your pronunciation skills. The same thing can be said about the lexical area. But, what if your Italian friend phones you in tears shouting: “ho il sangue al cervello!”? Would you be able to respond to this situation? If not, in the next paragraphs we are going to give you some tips about this and more!

Some of the Italian idioms you can’t miss out on

As hard as this new journey seems to be, we know that you are in gamba! Essere in gamba means to be capable, to be on the ball. This idiom could be handy whenever we need to comfort someone and let them know that we believe in their abilities, or if we want to congratulate someone for a good outcome they have reached.

Here are some real-life examples:

Sometimes it is better to mind our own business, and this idiom’s purpose is to just warn you about this. Acqua in bocca literally means water in your mouth! If someone asks you to keep the water in your mouth, they are basically asking you to handle with care something they don’t want to make public.

Literally to bite your own hands. It is true that we should always live regret-free, but it is inevitable to feel remorseful sometimes. We realise we have the perfect words in our minds only when that conversation has ended; we turn a job offer down and, at a later time, we become conscious of the bad decision we have made. In all these situations you may assert: “mi mordo le mani!”

It’s finally time to learn what to do when your friend phones you in tears shouting “ho il sangue al cervello!” Firstly, you should ask what happened, since it is very likely that your friend has experienced something that made them really angry.

In fact, avere il sangue al cervello literally means to have the blood to your brain. This linguistic expression reflects the truth: it has been observed that when we are furious, we might undergo an increase of the blood flow to the brain.

Have you ever spotted a hair inside an egg? If yes, you should consider leaving that egg behind, because that would be really odd! When someone is accused of being excessively meticulous and fussy, Italians say that they are looking for a hair in the egg. The English version of this idiom would be to nitpick.

When is it best to use this expression? If, for instance, you’re working on a project and your supervisor is pointing out some very tiny and negligible mistake you have made!

Here’s another potential situation: you’re studying really hard for your beginner-level Italian written test, and your teacher stresses on that accent you put on the word po’. We all know that po’ requires an apostrophe and not an accent, don’t we? If you didn’t know that, this is an Italian orthography rule, but perhaps beginners may want to focus on other aspects of the language first.

The origin of some Italian idiomatic expressions

As already said, in many cases idioms carry a history. Have you ever wondered why in English we say “it’s raining cats and dogs”? Yes, there’s a history behind it, or even more than one! But as of now, we will deal with the history of some Italian idioms.

This idiom literally means to get up on the wrong foot. It can have two meanings:

Now, is it scientifically proven that there’s a right foot and a wrong one? Obviously not. However, science aside, according to some ancient cultures, the wrong foot is the left one! Romans and Greeks were very cautious when getting up from the bed: starting off the day on the left foot would have altered the cosmic order.

Similarly, in ancient Babylon, the left side was considered to be adverse and evil, whereas the right side was thought to attract advantages and benefits. These concepts, far from being obsolete, have continued to be alive in many of our minds. That’s why Italians use this idiomatic expression, and that’s also why tomorrow, as you get up, you will make sure to land with your right foot!

The literal translation of this one is: to have the tail made of straw. If an Italian exclaims: “hai la coda di paglia?!”, they are implying that you are trying to hide some improper stuff you’ve done. In other words, you know you have done something wrong… and you’re trying to disguise your actions!

The keyword here is certainly straw. We all know that straw is a weak material. Your tail made of straw won’t be enough to conceal your skeletons in the closet, as confirmed by the history of the idiom. This expression, in fact, seems to derive from a droll fable about a fox!

It is said that a fox got caught by a trap, while she was trying to steal a farmer’s chickens. She managed to escape but she lost her tail during the escaping process. Her companions assembled a tail made of straw for her. Later on, unfortunately the farmer came to know about the fake straw and, in order to protect his chickens and cast out the fox, lit a fire around his house. Moral of the story: find a proper way to hide your wrongdoings!

“Failure is success in progress”, so it is ok to fail sometimes...or, as Italians would say, fare fiasco! This expression is used to refer to something that was a complete flop. Anything: an attempt of any type, a movie, or a performance…

For instance, if your friend is performing a magic trick he is still not completely confident about, and he fails… you can playfully say: “hai fatto fiasco!” But, why would you say that? Where does this expression come from?

It developed from an event that happened in a Florentine theatre. An Italian comedian used to perform funny dialogues addressing different objects. One day, he decided to radically change his show. He stepped on the stage and started a monologue, this time he brought a different object: a flask (fiasco) of wine.

The audience, far from being amused, didn’t approve that change at all. The comedian got a loud boo from his fans! From then on, Italians use this expression to describe a disappointing outcome.

It is important to note that these are all legends passed down for many years, and that, not surprisingly, for each of these idioms there is more than one theory on what their origin could be. Nevertheless, all of them are fascinating!

These histories are just another proof of the fact that studying the Italian idioms is a great idea!

vocab.chat is a free web application for recording vocabulary and phrase lists is any language. Try it out!