Is Hungarian similar to Russian?

Hungarian belongs to the family of Uralic languages, which means that Hungarian has similarities to other languages from that family, such as Finnish and Estonian.

Although Hungarian and Russian belong to completely different language families, there is a small fraction of similar vocabulary words which are shared between these two languages.

Hungarian is not a Slavic language but it has absorbed some Slavic vocabulary words. Slavic languages are spoken in many of the neighbouring countries to Hungary (For instance Slovakia, Ukraine, Serbia, Croatia).

It is estimated that 20% of Hungarian vocabulary words have been borrowed from neighbouring Slavic countries. Some of these borrowed slavic words are similar to existing Russian words.

Here are some examples of Hungarian vocabulary words which are similar to Russian words: 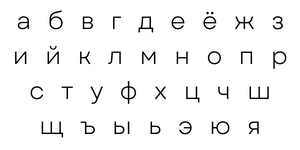 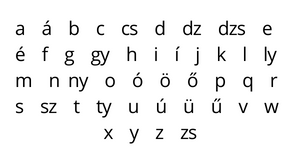 The Hungarian alphabet contains the 26 letters which we have in the English alphabet, plus 18 additional letters.

Several Hungarian letters are what linguists call digraphs: these are letters made up of two characters. Hungarian also has a trigraph (dzs) which is a letter composed of 3 characters.

Hungarian is a genderless language, Russian has grammatical gender

Grammatical gender is an area where the Hungarian and Russian languages differ greatly.

For example, the English pronouns “he” and “she” both translate to the same genderless prounoun “ő” in Hungarian.

Russian nouns have genders, whereas Hungarian nouns don’t have a gender.

For example, the word for “book” in Russian is “кни́га” and is feminine. The word “language” which is “язы́к” is masculine.

These 3 grammatical genders in Russian are: masculine, feminine and neuter. An example of a Russian noun with the neuter gender is “де́рево” which means “tree” or “wood”.

Hungarian is a genderless language, whereas gender is very present in Russian grammar. In this area Hungarian and Russian are absolutely not similar.

In the Russian language, definite and indefinite articles don't exist. The absence of articles can seem unusual to English speakers, but it is a common characteristic of most Slavic languages. Interestingly Latin is another language which doesn't have articles.

The fact that Hungarian has articles is noteworthy because they don’t exist in the other two main Uralic languages spoken in Europe (Finnish and Estonian).

This is one of the reasons why Russia and Hungarian are both among the hardest languages for English speakers to learn.

Hungarian and Russian are far from being similar languages. They belong to completely different language families: Russian is a Slavic language, whereas Hungarian is a Uralic language.

In terms of language families, Hungarian is more unrelated to Russian than English is to Russian.

Despite these completely different origins, there are some Slavic vocabulary words which have entered the Hungarian language from neighboring Slavic countries.

Hungarian and Russian are nowhere close to being mutually intelligible languages.

PS: you can use our free language tool, VocabChat to record your own vocabulary and phrase lists.