German and Swedish: are they similar or very different languages?

Because of their common origin, Swedish and German share a number of interesting similarities which we will point out. Each of these languages also has some differences which make it unique. 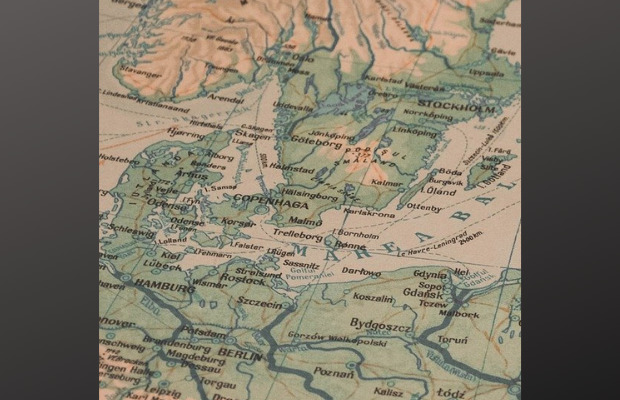 German and Swedish: similarities and differences in vocabulary

Here is a list of vocabulary words that are similar in German and Swedish (and quite different from their English equivalents):

Naturally, as Swedish and German are different languages, not all their vocabulary is the same. A few examples of words that are significantly different are:

There are some vocabulary words which have identical (or nearly identical) spelling in German and Swedish, yet have completely different meanings.

In the context of language learning, these vocabulary words are referred to as "false friends".

For those who know either German or Swedish and are learning the other one, it is important to be mindful of these vocabulary false friends, so as not to be tricked by them.

Is Swedish or German easier to learn?

According to the US Foreign Service Institute (FSI), Swedish is a Categogy I language. This category contains the languages which are the easiest for English-speakers to learn.

Other languages in this category include Spanish, French, Italian and a few others. It is estimated that it takes approximatly 600-750 class hours to reach proficiency in one those languages.

German on the other hand is a Category II language. It is estimated that languages in that category require approximatly 900 class hours in order to reach proficiency.

Swedish and German use different sentence structures. Basically, the word order in a Swedish sentence will often differ from that of a German sentence.

A compound verb is made up of one or more words. When using compound verbs in German, the second part of the verb goes last.

In this example, the Swedish sentence has exactly the same word order as the English one: the dependent object ('soccer'/'fotboll') is at the end of the sentence. In contrast, the German sentence places the sencond part of the verb ('spielen') at the end.

The same pattern holds true in the following example:

Here is an example of a more complex sentence which contains a subordinate clause:

In this example, the Swedish sentence has exactly the same word order as the English one. This contrasts with the German sentence in which the conjugated verb ("sehe") is placed at the end of the subordinate clause.

Swedish or German: which one should I learn?

Swedish is very similar to Norwegian, in addition, Swedish is also similar to Danish. For this reason, learning Swedish gives access to these other Scandinavian languages.

Germany is one of the world's lagest economies, so learning German may lead to some career opportunities.

Another advantage of becoming fluent in German, is being able to read some famous philosophers in the original text: Schopenhauer, Nietzsche, Kant and Hegel for example.

For those interested in psychology, learning German can give access to reading Jung and Freud in the original text.

Being a West Germanic language, German is similar to Dutch, so learning German makes it relatively easier to learn Dutch later on.

More on Swedish vs. German grammar

On a grammatical level, Swedish and German are similar in that nouns in those languages have a gender. But Swedish differs from German by having only 2 grammatical genders, while German has 3.

Every German noun has one of three possible grammatical genders: masculine, feminine or neuter.

For listening comprehension or reading, one can get by without knowing the genders of nouns. But in order to speak correctly, one must have memorized the gender of the nouns.

This is because in German and in Swedish, the gender of a noun determines the declension of its adjectives and the form of the definite/indefinite article.

To illustrate this, consider the following two examples:

In German, "Katze" (cat) is a feminine noun, while "Baum" (tree) in a masculine noun. The German adjective "große" (large) is inflected according to the gender of the noun that it qualifies.

This is why it changes to "großer" in the second example when it modifies the masculine noun. The form of the indefinite article also depends on the gender of the noun that it qualifies.

In Swedish, the grammatical gender of "katt" (cat) is utrum, while the gender of "träd" (tree) is neutrum. The Swedish ajective "stor" (large) is inflected and becomes "stort" in the second example.

Verb conjugations in Swedish vs. German

Unlike German, English and many other European langages, Swedish verbs do not conjugate according to number and person. In Swedish, the same form is used for all subject pronouns.

For example, here is the verb "to be" and its conjugation tables in Swedish and German:

In English:
I
am
you
are
he/she/it
is
we
are
they
are
In Swedish:
jag
är
du
är
han/hon/det
är
vi
är
dom
är
In German:
ich
bin
du
bist
er/sie/es
is
wir
sind
Sie
sind

German vs Swedish: alphabet and pronunciation

Although most letters in Swedish and German are the same as those in English, some of these are pronounced differently. Here are a few examples:

The German 'j' sounds like our 'y' sound in English. For example "Ja" (yes) or "jemand" (someone). In this case as well, Swedish is similar to German: the Swedish letter 'j' is also pronounced like the English 'y' sound.

As they are both Germanic languages, there are many similarities between Swedish and German, but there are also differences between them which make each of these languages unique.

In another article, which discusses the similarities between Norwegian and German, we explain a linguistic phenomenon called the high German consonant shift.

We recommend having a look at that article, because it is relevant to understanding some of the patterns in the differences between German and other Germanic languages (such as Swedish and Norwegian).

PS: you can use our free language tool, VocabChat to record your own Swedish or German vocabulary and phrase lists.

By David Baker
David has a PhD in mathematics and knows French, English and German. His interests include computer science and literature.
Share