How Different Is Latin from French?

Did you know that French is one of the six Romance languages derived from Latin? Modern French is quite different from Latin, but there are still some resemblances between the two.

Throughout this article we will see many more examples, while we explore the differences and similarities between Latin and French.

Many French vocabulary words are derived from Latin, and those often have a somewhat similar spelling, but not always.

For example, the latin word « calidus » is the origin of the French word « chaud » (warm). These two words look sufficiently different that most French people wouldn't recognize the connection unless they had studied latin.

Another example: the latin word « asinus » doesn't look similar enough to the French word « âne » (donkey), for it to be easily recognizable, even though both are etymologically related.

Because of this, French speakers typically can only recognize a fraction of the Latin words appearing in a Latin text.

You are a Francophone, and you want to know if you could understand Latin? Test your abilities by trying to translate these Latin quotes into French!

The Story of Latin and French, and the Similarities between Them

French is one of the six Romance languages derived from Vulgar Latin. Vulgar Latin, also called Popular or Colloquial Latin, is a non-literary form of Latin that was spoken mostly in the western provinces of the Roman Empire.

As the Romans invaded Europe, they established colonies, leading to linguistic and cultural assimilation. They were especially present in the western Mediterranean, and Latin became the most-spoken language of that region. 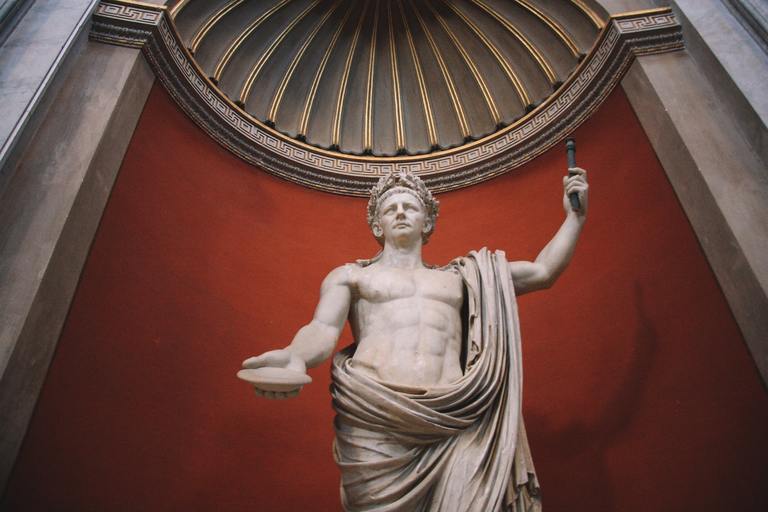 After the fall of the Roman Empire, Europe was divided into multiple independent states. Over the course of four to eight centuries, the people of each state began to speak their own version of Vulgar Latin.

Over time, the local changes in phonology, morphology, and syntax resulted in six new languages being created. These were the Romance languages and included Spanish, Portuguese, Italian, Romanian, Catalan, and French. Out of these, Italian is the closest to Latin, while French is the most different.

French is the most divergent of the Romance languages, most likely because of strong Gallic and Frankish influences. The Celtic Gauls lived in the region where France is today. They spoke a language similar to Old Dutch but adopted Latin as the Romans invaded Gaul.

Later on, the influence of the Romans subsided, and the country was invaded by Germanic tribes, giving birth to Old French, which evolved to be the modern French we all know and love today.

Despite French being the Romance language being the most different from Latin, about half of French words still have Latin roots. Some examples include:

Is It Easier to Learn Latin if You Already Speak French?

We often hear that Latin is a dead language, and therefore, why should you bother to learn it? Well, since Latin is a very logical language, learning it can help develop critical thinking and improve problem-solving abilities.

There is even an association between learning Latin and increased scores on standardized tests, like the GRE. Furthermore, according to Princeton Review, students who took some Latin or Classics classes in university have better admission rates into medical school than those who focused only on subjects like biology or microbiology.

If you are francophone and are motivated to learn Latin, you might be wondering if it will be easier for you because of your French abilities. Well, as mentioned earlier, out of all the Romance languages, French is the one that least resembles Latin, but some words are very similar.

Therefore, although it might be easier to learn Latin if you already know French, it will not be easy. For example, here is a list of Latin words that are similar to those in French:

Can You Learn Latin and French at the Same Time?

If you want to learn Latin and French, you might be wondering if it is a good idea to learn them both at the same time.

You might have heard before that trying to master two languages at once is not ideal, as some believe there is a danger of getting confused and mixing them up.

Linguistic researchers have investigated whether this concern is valid or not. They found that studying only one language did not provide an advantage, and students often scored better on tests when they learned two languages at once.[1]

They came up with a few reasons for these results. First, they thought that perhaps learning two languages at once improved memory capacity and allowed students to develop better learning strategies. They also understood better how language worked, which facilitated their learning.

Motivation might also be higher if you are working on learning both languages, rather than just one. Indeed, if you are interested in learning two languages, it usually means that you have a passion for linguistics, to begin with. Studying both simultaneously might help keep your motivation levels at an all-time high!

Therefore, it could be a good idea to learn Latin and French together if you are interested in both languages. As long as you have the time and the motivation, learning both at the same time should not lessen your abilities in either language.

There are some tips you can follow to maximize your learning experience. Learning a language is all about practice and repetition. If you want to progress steadily in both languages, you should spend time on both, every day. One way to do so is to create flashcards for French and Latin and mix them up together.

This way, you can practice both languages at the same time all while practicing keeping them separately. It seems contradictory, but quickly switching from one another develops your flexibility and helps minimize language confusion.

Another tip is to learn the same topics in both languages simultaneously. For example, if you are going over body parts in French, do the same in Latin.

Finally, if you feel ready for the ultimate challenge, practice the two languages by translating between them. It allows you to work on both languages together while taking you out of your comfort zone!

Is It Harder to Learn Latin or French?

The Foreign Service Institute (FSI) attempted to quantify the difficulty of learning various languages for English-speaking individuals. They created a list of languages and indicated how long it would take for Anglophones to learn them.

They classified French as a category I language, meaning it is closely related to English and should take anywhere from 575 to 600 hours to learn. [2]. Basically, French is among the easiest languages for English speakers to learn.

Latin, on the other hand, is widely considered a dead language. If you choose to learn Latin, it might be hard to find someone to practice with, and since practice makes perfect, it might hinder your learning.

Latin also has some particularities that could make it more challenging. For example, words often have multiple meanings and can be used in two, three, and even four different contexts.

Latin also uses declensions, which are word endings indicating the grammatical case. There are six Latin cases: nominative, genitive, dative, accusative, ablative, and vocative. These indicate how nouns and adjectives relate to other words in the sentence.

Finally, Latin has three genders, and French only has two. In addition to feminine and masculine, Latin also uses the neuter gender, which means neither male nor female.

So, is French or Latin harder to learn? Although this question is a little subjective, and the answer can vary from one person to another, it can be argued that Latin is more difficult than French.

Indeed, according to the FSI, French is closely related to English and is spoken by many. It is easier to find someone to practice with, and there are a lot of resources that can help you achieve your objectives.

Learning a language is never easy, but it certainly is a rewarding experience. You might have a slight advantage when learning Latin if you already fluently speak French, as some words can be quite similar.

If you are interested in learning French and Latin and both languages are unfamiliar to you, it might be a good idea to learn them at the same time.

If you dedicate time to practice both languages every day, you will not confuse the two. Moreover, as an added bonus, research shows that learning two languages simultaneously improves language learning abilities!

PS: you can use our free language tool, VocabChat to create and record your own French vocabulary and phrase lists.

References:
By Virginie Boisvert-Plante
Virginie is a native French speaker who lives in Canada
Share