Describing emotions is never easy, even in one's native language. Describing emotions in Japanese? No way. That sounds like an impossible task, reserved for the lucky few who have either truly achieved fluency or are bold enough to risk being completely misunderstood.

However, after living in Japan for a few years, I’ve learned that describing emotions in Japanese is actually quite easy. In fact, I would argue that it’s almost easier than doing so in English. Why? Well, no matter what emotion you are feeling in any situation, all you ever have to say in Japanese is:

Ok, Ok. That was a joke. But, only just a little. Because honestly, it’s really not that difficult to express some basic emotions in Japanese. And, if you keep reading, I’ll even show you why the word you just learned (« ヤバイ ») is actually one of the most useful - and silly words - you can ever use. Let’s check it out.

How do the Japanese describe emotions?

The Japanese people have a reputation around the world for being a bit shy, reserved, and conservative, especially when it comes to outward expressions of their feelings.

This is generally because politeness and professionalism is ingrained in their language, and requires a certain way of speaking towards strangers and customers.

Yet, for anyone who has spent enough time in Japan to ever attend a nomikai (drinking party), it becomes obvious just how quickly that front is thrown aside and we see the sometimes wild personalities hiding just below the surface.

This is rather consistent culturally speaking throughout Japan, and it takes some time to become accustomed to. And while such an example is just one small facet of Japanese culture, it goes to show that there are quite a few things that affect how one should, or should not, express oneself in this language.

Among them, there are three that English speakers often find challenging when it comes to describing how they feel in Japanese:

Put together, knowing what to say can seem rather confusing at first, but it honestly becomes less and less of an issue as one quickly becomes more proficient.

Japanese words and phrases for emotions

In order to begin understanding how to express how you’re feeling in Japanese, it’s important to get something out of the way first. Specifically, it’s the usage of the Japanese word “to feel” and how it doesn’t quite sound natural to say in the same way it’s used in English.

When we speak in English, it’s completely natural to say:

So, it naturally follows that when speaking in Japanese you might want to say the exact same like:

However, in Japanese this actually ends up sounding a bit stiff and unnatural. And while it’s not exactly wrong to speak like this, you will almost never hear anyone else doing so. You may see something similar in formal writing, but that’s about it.

What should you say then? Well, this is one of the few times where Japanese gets to be super simple. All you need to do is say the word that describes your feeling by itself:

Even though this may feel strange at first, since you’re essentially just saying the word for “happy,” it is perfectly acceptable and understandable in Japanese.

And, as you may already suspect, there is almost no need to point out that you yourself are the one experiencing those feelings because it is usually assumed that people are talking about their own emotions unless explicitly stated.

Alright, since we went way out of our way to learn how to not use this verb, it only makes sense to set aside a quick moment on its ”proper” usage. The quickest way to understand is with a few examples:

How did you feel?

In this case, the person asking the question may be enquiring about another’s emotional state, or their literal physical reactions to something else. Either way, an appropriate response to this question, or just as its own statement could be:

It felt a bit weird.

To put it simply, this verb is best used when trying to describe or explain something that is less of an emotional experience and more of a tangible one. There’s more, of course, but these are just the basics! Make sense, though? Then, let’s get to the good stuff now.

Expressing happiness and excitement in Japanese

You already learned one of the most basic ways to say “I’m happy” in Japanese, but there are a few more pieces of vocabulary and phrases that will go a long way on your journey.

When employees are happy (or someone else is)

One of the most common Japanese words you’ll hear, especially in restaurants is:

By itself, this verb means almost the exact same thing as « 嬉しい ». However, it generally is used more for describing someone else’s apparent happiness:

Or, oddly enough, when saying you - as a representative of a larger group - are happy. As such, employees will often happily respond to requests with this phrase. You will almost never hear someone use this word to describe themselves outside of these specific moments.

When there is ongoing happiness

When there is something that brings you happiness in a specific moment, simply saying « うれしい » is perfectly fine.

But when there is a sense of long-term, lasting elation there is a better word for that which also happens to be a noun: 幸せ (shiawase).

They are a happy family, I believe.

When anything feels great

Stepping into an onsen (温泉 - Japanese hot spring) after a hard day’s work on an exceptionally cold day, there is probably only one thing you'll hear other patrons whispering to themselves (because it’s also considered rude to talk inside the baths):

Ah, it feels so good.

Feel free to elongate the final sound of this phrase as much as you wish, just like letting out a long sigh. And yes, it also works for when you walk into a cool, air-conditioned room in the middle of August.

If something happens that is good news, fills you with sudden joy, or is generally fun:

If there is something that you are looking forward to doing or experiencing:

I’m looking forward to this weekend.

When you are feeling excited about anything:

You’re not always going to be feeling your absolute best, so it’s good to be able to explain things as such. Thankfully, everything we’ve learned thus far still applies, and there’s more than enough Japanese vocabulary to keep you occupied.

The simplest way in Japanese to say that you are unhappy is:

However, if you’re not actually that upset about something, there is a very fun and often cute way to express the same feeling a bit more playfully:

Originally coming from the Kansai region, this playful complaint is one of the many slang terms younger kids tend to use. This being the case, it is a very casual way of speaking and shouldn’t be used at any other time.

However, when said by a foreigner in particular, you’re guaranteed to get some surprised laughter in response, especially if you say it with a straight face and little emotion.

How to say you’re tired in Japanese

No matter whether you’re at work, just finished hiking Mt. Fuji, or are chronically sleep-deprived you can say:

Although, most people usually just use the more casual and shortened past tense form with a little extra emotion:

In fact, being tired is such a given in Japanese culture that one of the most common phrases you’ll hear amongst coworkers is:

You must be tired / Thank you for your hard work

And if all else doesn’t quite seem to get your point across, there is always letting out an exhausted noise and muttering:

Being around so many new and different things, getting sick happens a little easier when you’re living overseas:

Just as well, if anything hurts you can say:

In Japanese society, public displays of anger are rarely seen. It doesn’t necessarily mean that no one is angry, it just means there are other ways of showing it.

However, if you must express your displeasure there are some simple Japanese phrases you can use:

Even though it may already be obvious, all of these are rather impolite to say outright, so please be careful not to use them unless absolutely necessary.

More on this in this article about expressing opinions in Japanese.

Expressing shock or surprise in Japanese

In Japan, any number of things could happen that are unexpected. Whether it’s a response to one of the many natural disasters that occur here or disbelief at the amazing festival you just found, here are some Japanese phrases you can use to express shock or surprise:

I can’t believe it.

This one works well for when something like a loud noise happens, or you bump into someone while walking around a corner, and it was a bit shocking:

Oh, that scared me!

Or, if what you just experienced was legitimately frightening, such as a horror movie or an earthquake:

And of course, whenever there is a moment that causes shame or other similar feelings:

It’s important to know how to express genuine feelings of gratitude no matter what language you’re speaking, or whatever culture you’re assimilating into.

For those who have studied Japanese to any extent, they know that the first and easiest thing to say is:

Thank you very much.

Across most situations, this single phrase will suffice. In fact, if you really wanted to be extra thankful, you could add « ども » before saying « ありがとうございます。»

However, there are a couple distinct instances where it is more appropriate to use an entirely different Japanese expression.

Gratitude to someone you’re indebted to

Whether it’s living in a foreign country or working in a company, much of your time will be spent relying on others to help you when you’re unsure of what to do.

And when it comes time for you to leave, there is a specific Japanese phrase used to express gratitude:

This is a very professional thing to say, and though it may not be the best phrase to use with friends, it will get your point across in a profound and culturally sensitive manner either way.

Expressing gratitude for something specific in Japanese

Similar to the previous phase, except that the following Japanese phrases are better for giving thanks in instances where you want to provide an exact reason for your gratitude:

Thanks to you, it was easy to live in Japan.

Thanks to you, I was able to learn Japanese.

Hopefully this article has convinced you that you can easily express emotions in Japanese, even if you haven't reached complete fluency in the language

Just remember that people the world over are essentially the same. We all experience and feel the same things, and we will understand what someone else is trying to communicate, as long as they try.

And hopefully by now, you know that you can always just say « ヤバイ » when in doubt. 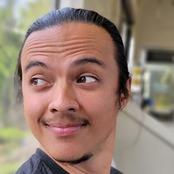 By Aaron Tandem
Aaron has been living in Japan teaching English for 3 years and spends most of his time exploring the hidden Japanese countryside on his tandem bike with his wife. His favorite ramen is Hakata Ramen from Fukuoka.
Share