How do you describe people and their unique personalities in Japanese? Well, despite the fundamental differences between Japanese and English, the overall concepts are basically the same. And because one’s characteristics often go hand-in-hand with one’s personality, we’ll cover many of the most common phrases that deal with each. 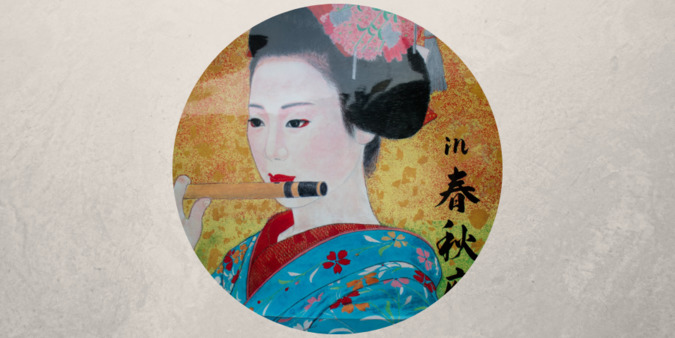 So, the next time you’re at a Japanese drinking party and need to describe someone’s wild behavior, or you simply want to impress your language exchange buddies with your new command of their language, you’ll be able to do so. As you might expect already, this will be quite the vocabulary-heavy lesson, so be prepared to stretch those thinking muscles to make room for lots of new words.

The Japanese word for «personality»

There are many examples in Japanese where it doesn’t make sense, or just isn’t quite natural, to say things in an exact or direct manner like we do in English. Fortunately, when describing your own or someone else’s personality, this is one of the few instances where things can be a bit simple - for Japanese, at least!

Let’s get started with the most basic example: the Japanese word for personality

And like it was just mentioned, this word is super easy to use. Here are two of the most basic examples:

But, obviously, it’s not enough just to say whether or not someone has a good or bad personality. That alone isn’t very helpful information, nor does it really describe what anyone is actually like.

So, without any further ado, here is a full guide to describing personality in Japanese, with specific examples along with the contexts in which you might use them.

We’ll start with the more fun, happy, and lighthearted words because, generally speaking, these are the ones you’re most likely to use to describe another person. ( related article: Japanese compliments )

Describing an «outgoing» personality in Japanese

For those individuals who seem to always be doing new things, going above and beyond the status quo, or just never seem to run out of energy, you’ll probably hear their personality described as:

Here it is in context, used in an example phrase:

Other Japanese words for energetic personalities

When it comes to those outgoing individuals, there are a few other terms that come to mind as well. The first is one that you may have already heard plenty of times before if you’ve been studying Japanese even a little:

Here is that vocabulary word in context, used in a full Japanese sentence:

Similarly, someone who is bright and positive, and never seems to get down about anything would be:

Another fun word that you may not hear all that often, but is another great choice for those who prefer to look on the bright side of life:

Emotions are related to personality, here is an article about describing emotions in Japanese.

Not everyone in the world is super talkative and socially outgoing. In fact, you might be surprised to learn that outside of the few who will excitedly interact with foreigners because of their rarity in Japan, most Japanese are quite shy when it comes to talking with strangers.

This doesn’t necessarily mean that they are shy people themselves, but just that the perception is different for foreigners looking in from the outside.

Either way, here are easy ways to say someone has a shy personality:

Given that we also tend to compare most shy people to those who are bit more extroverted (rather than the other way around), here’s the opposite word used for those who aren’t socially outgoing:

Sometimes you can say this following phrase, too. But, understand that it means something a little more like the person is “timid”, or “weak of heart”, or even “wimpy”. Which isn't all that much different, depending on the context. Just make sure that’s what you intend to say!

If there’s anything I can attest to about the Japanese people as a whole, it is that they are generally some of the kindest individuals in the world.

In fact, when my wife and I first visited Japan three years ago, we got incredibly lost and had no idea how to get to where we needed to go. But after asking an older Japanese man a simple question (and poorly phrased, I might add!), he actually went way out of his way and personally escorted us for a few miles to the exact location we required.

To this day, I still don’t know how late we may have made him to some prior engagement of his, but no matter what he was definitely:

Let's see this word used in a full Japanese sentence:

僕的には彼が世界中の最も親切な男の人です。
(boku teki ni ha kare ga sekai juu no mottomo shinsetsu na otoko no hito desu)
For me, he was the kindest man in the world.

Just as well, for those who are similarly kind, but also have a generally pleasant and comfortable personality about them, you can use:

Finally, this last word isn’t exactly one for “kind”, but it fits the bill in that those who are laid back tend to be easy-going and lenient:

People with pleasant and kind personalities make good friends. We have previously written about friendship in Japan.

Japanese word for funny or interesting

In English, we understand the words ‘funny’ and ‘interesting’ to have different meanings. However, in Japanese, there is one word most often used for both and it can mean either one depending on the context. It’s also something you’ll hear quite often in anime shows:

At other times, people want to say that someone is ‘interesting,’ but more in the sense that he or she is actually a bit odd. In that case, here is the word you may want to use:

It’s an unfortunate truth of the world (even in Japan!), but not every single interaction you’ll have in your life will be a positive one. Unless it has been for you so far. In which case, you gotta tell me your secret! Anyway, let’s look at a few more Japanese words that’ll help round out your vocabulary for describing others. 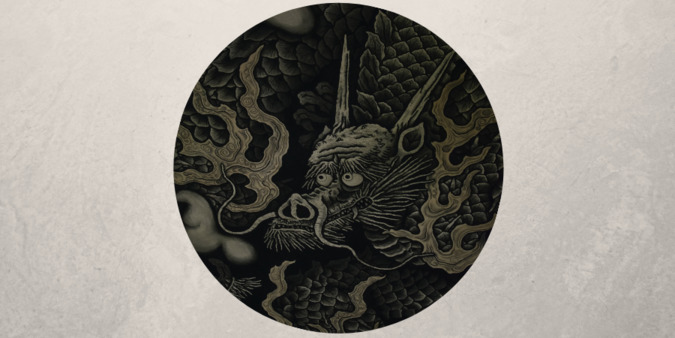 This isn’t a word you would often think to attribute to anywhere or anyone in Japan. However, we are all human, and sometimes we can be a bit irresponsible. Here’s how you would say that:

Another word you can use:

However, this word actually has another meaning that is just about the complete opposite depending on how you use it:

As a general rule, if you hear or see this word being used to describe an object, idea, or action, it most likely means ‘suitable.’ However, if it’s being used to describe a specific person’s characteristics, it’s probably the other meaning! Don’t be afraid to ask for clarification when in doubt . . . Unless, of course, you’ve been eavesdropping.

For Westerners, the Japanese are a notoriously indirect people culturally speaking. At all costs, they try to avoid any sort of conflict, especially that of a delicate social nature. (see this article on expressing opinions in Japanese)

So, if someone seems to be mean towards you, there are only a few possible explanations. You’re either misinterpreting their poor attempts to use English words which sound too forceful, you either did something terribly wrong, or you somehow ran into one of the only truly mean Japanese people who even exist.

Either way, here are a couple of vocabulary words you can try to use to describe a mean personality in Japanese:

How do you say selfish in Japanese?

Yet another word that doesn’t seem quite right to throw around, but is nonetheless useful to know and understand. Especially if you hear it directed at you! Hopefully that never happens, but at least you’ll have the knowledge to understand it and self-correct if at all necessary.

Often, the word for ‘greedy’ goes hand-in-hand with someone who is selfish, so it's good to know that one, too:

How to describe an arrogant personality in Japanese

In Japan, although there isn’t really a social class hierarchy in the most typical Western understanding, there is often a general deferment to one’s elders (one’s ‘sempai’).

This becomes compounded in work/office culture where one also has those who rank above you in the workplace. Due to this, it’s not entirely uncommon to experience some form of snooty arrogance from those ‘above’ you in these contexts. (see this article on Japanese business etiquette)

Once again, it’s not always the case, but it’s still helpful to know how to describe an arogant personality in Japanese:

Another word that fits into this category a bit, one that you’ll often see used in more of a playful or less serious manner, but still has some negative implications:

Japanese equivalent to the «-ish» suffix

As a last little addition to all the other words we’ve learned together today, there’s just this final thing that pulls it all together. You might be surprised to hear that in Japanese, there is a small sound used exactly in the same way we use the ‘-ish’ suffix in English. It is the ending sound of:

It’s honestly one of the easiest things you can ever learn and use in Japanese, as it’s always put at the end of whatever word you’re using to describe something or someone else.

And, you can use it to literally describe anything as being similar to something else. Which works perfectly for describing personality traits! For example:

You get the idea, right? Have fun with this one! It’s almost impossible to use incorrectly, and most Japanese will compliment you on its usage.

Well, there you go! You now know every single Japanese word you could ever possibly use to describe anyone you ever meet! Kidding. There is so much more we could cover and go over to further round out your knowledge, but that would make for something remarkably similar to a dictionary. And, no one wants to read that! Though, it is always a handy tool when you just can’t figure out what ‘that’ word is . . .

The best way to learn though, as always, is to practice in real time. If you don’t already have a language exchange partner, try to find someone to practice Japanese regularly together with. Then, ask them to describe their friends’ and family’s personalities and see how many words you may or may not recognize.

Now, how would you describe the personality of this article? Hopefully, it wasn’t too « つまらない » (Tsumaranai / boring) ！

By Aaron Tandem
Aaron has been living in Japan teaching English for 3 years and spends most of his time exploring the hidden Japanese countryside on his tandem bike with his wife. His favorite ramen is Hakata Ramen from Fukuoka.
Share