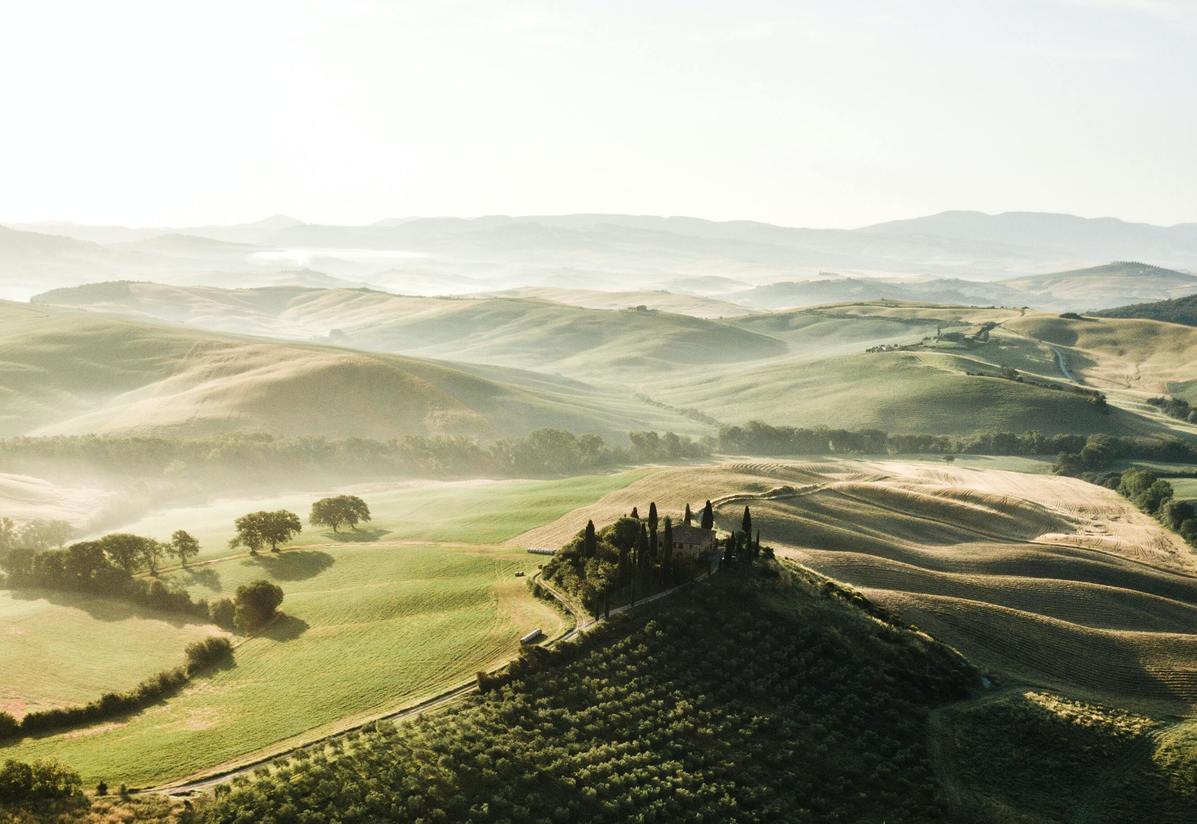 Mistakes are commonplace, and you should celebrate them! When learning a new language, it is important to make as many mistakes as possible… is there any other way to gain the much-desired language proficiency?

However, some mistakes are persistently repeated. More than mistakes, these are errors in which our biased brains fall into again and again. They are nothing but the influence of our native language, or of another language that we have mastered.

As children, we learn to speak a language that will eventually become our first language, and we do it quite easily just because, at that time, we don’t have a touchstone yet. Whereas, when we start learning a second or a third language, we tend to play the copy-paste game. In other words, we are inclined to translate from the language that we already know.

We have spotted some common mistakes made by English-speaking people (and not only them) who have embarked on the Italian-learning journey. Throughout this article, we will focus on 9 of them, and we will give you some tips to stop this annoying broken record!

6 errors in which beginner and intermediate level learners fall into

At each stage of our learning process, we are likely to run into a bunch of different mistakes. It goes without saying that, by the time we will have reached an advanced level we will have dispelled those errors we used to fall into while learning the basics of our target language. Don’t worry: there will be some new ones!

What are the most common 6 errors on which beginner and intermediate level learners stumble?

The use of “favorito/a” in this context sounds quite weird to Italians. This term is not grammatically incorrect, but it is only used in certain specific cases:

In all the other cases, Italian people would rather use the term “preferito/a”. Therefore, when you want to express your preferences about movies, you should say: “il mio film preferito è…”

The same applies to songs, actors, actresses, dishes, cities, and so on!

The second most common mistake that foreigners make while speaking Italian is prendere una doccia. Just like favorito, this is nothing but the literal translation of some other familiar phrases, like the English “to take a shower” or the French “prendre une douche”.

Forget about them! Italians use another formula to refer to this action. The correct phrase, in fact, is “fare la doccia”. As you can see, they adopt the verb to do instead of the verb to take. For example, if you are to describe your daily routine in Italian and mention that you usually take a shower every morning, you would say: “...Di solito mi faccio la doccia tutte le mattine”.

Similarly, if you are a bath person, you shouldn’t say: “prendo un bagno”, but “mi faccio un bagno”.

After you’ve listened to all the legit reasons why your best friend dumped their partner, you might want to comment by saying “it makes sense!”

How would you say it in Italian? Many foreigners would say “fa senso!”

Once again, this is an invalid literal translation of what you would say in your first language, or in a language you have mastered. An Italian person would turn up their nose at this sentence, since it is obviously not correct. The right way to say it is “ha senso!”

Some language learners get confused about the Italian sentence “mi manchi”. By translating it, they think it means “you miss me”, but it actually means “I miss you!”

What kind of sorcery is this?!

Why do foreigners misunderstand the meaning of “mi manchi”?

For English speakers, the subject of “I miss you” is “I”; whereas in the Italian version “mi manchi” the subject is “you”, which is tacit (the entire form would be tu mi manchi). In other words, it’s like Italians are saying: “you are missing from me”

We could make use of this grammar rule to compare two different thought processes, or perspectives. For Italians, in fact, the feeling of missing someone doesn’t really see the subject “I” heavily involved: it’s you who are being missed! It’s you who are not here!

In English, conversely, it’s me who’s missing you, and I feel, somewhat, responsible.

Isn’t it amazing to see how being multilingual actually means to be able to switch to another perspective and become a different self?

One of the main differences between English and Italian lies in the conjugation of the verbs. The Italian language, just like French or Spanish, is characterised by the undeniable complexity of the verb endings. Italian verbs, in fact, inflect for some grammatical categories. In this context, we are interested in one specific grammatical category: the person.

In more concrete terms, the verb “mangiare” (to eat) changes for each subject pronoun. So, if you want to say “I eat pizza and you eat pasta”, you will have to remember to use different endings of the same verb: “Io mangio la pizza tu mangi la pasta.”

It’s exactly for this reason that, when speaking Italian, you don’t need to always specify the subject pronoun of a sentence: it is easily deducible from the verb ending!

If I say “andiamo a scuola tutti i giorni” (we go to school every day), it is very clear that the subject of this sentence is “noi” (we). How is that? The verb “andiamo” suggests it.

When non-Italian speakers insist on specifying the subject pronoun in every single case, they sound redundant. So, here’s a reminder for you: forget about the superfluous and focus more on the verb conjugation!

If an Italian person catches you saying “ho andato”, they will run away from you and never come back! Jokes apart, this is a horror chapter of the Italian grammar mistakes for Italian learners book. Still, it is a very common mistake!

It is wrong to use the auxiliary verb “to have” (avere) with the verb “to go” (andare) in the Passato Prossimo tense. Yes, we know that in English it is correct to say “I have gone”, but… different language, different rules!

Normally, Italian motion verbs require the auxiliary verb “to be” (essere) in the Passato Prossimo tense. So, the right form would be “sono andato”. It’s a bit tricky, isn’t it?

Make sure you have a grasp on this complex topic!

Once you hit the advanced level, you’ll encounter new obstacles. Many times, these mistakes are the same ones native Italian speakers make. You might feel surprised, but we all perpetrate some imperfections in our native language… and that’s normal, considered that languages are far from being perfect and static!

So, what are the holes you’ll have to hop as an advanced-learner of the Italian language?

This is definitely the most common orthography mistake made by both advanced-level learners and native speakers. Many of you, while reading, might be thinking: “I don’t understand what could be wrong about un pò”.

Surprise! The correct way to write it is un po’. Can you spot the difference? In the first one there is an accent, whereas in the second one it’s an apostrophe! As you may know, these two signs have different functions. An accent is also called a diacritic: it’s a sign added to a letter, and it can have different purposes, depending on the accent. Acute and grave accents’ purpose, for instance, is to define the right pronunciation of a word.

Conversely, an apostrophe is a punctuation mark. In Italian, apostrophes mark the omission of one or more letters. And this is the case with un po’, which stands for un poco.

It turns out that that sign you see on the “o” letter is not there to specify the pronunciation of the word, but to mark the omission of the word “poco”.

If “un poco” admits an elision and becomes un po’, “qual è” never gets the apostrophe, since the word “qual” is considered to be a whole word.

The right way to spell this expression is, therefore, qual è… without the apostrophe!

This is an infamous mistake made by some native speakers. Even so, you shouldn’t feel more comfortable: that extra apostrophe could really vandalize your fluency!

9) Piuttosto che as an inclusive “or”

Finally we come to discuss the “piuttosto che” controversy.

This expression is often used as a synonym of an inclusive “or”, or even “but also”... don’t do that! It’s wrong.

Piuttosto che, in fact, means “rather than”, “instead of”, and it expresses a contrast between two (or more) elements. Let’s see an example!

“You can bring your tablet rather than your book”, which means: “Puoi portare il tuo tablet piuttosto che il tuo libro.” In this sentence, we are allowing someone to bring something instead of something else. The two items exclude each other.

Some people might mean to say that “you can bring your tablet or your book, or even both of them”... but this is a completely different meaning, isn’t it? And it’s also an incorrect use of piuttosto che.

If used improperly, this expression can lead to a misunderstanding. Make sure you mean what you say, and say what you mean!

Train your brain to think in Italian

By now, it should be clear that, most of the time, we make certain mistakes (or errors) because we have a bad habit: we translate our target language from our native one. This is a common practice, but it’s not always effective!

As said, languages are nothing but different perspectives through which we see the world… They incorporate a universe you are not familiar with.

So, what’s the best way to avoid these errors?

Try and start thinking like a native speaker of your target language would do!

In other words, the solution is to train your brain to think in Italian, rather than compulsively reversing to your native language. We are not expecting that you stop taking pieces of information from what you already know right away and from the beginning of your learning process. We know this is inevitable!

However, there are some things you could do to get used to a new perspective.

It might be not as easy as it is said… but it’s worth the effort!

It will give you the key to enter a brand new room. Do you dare to open that door?