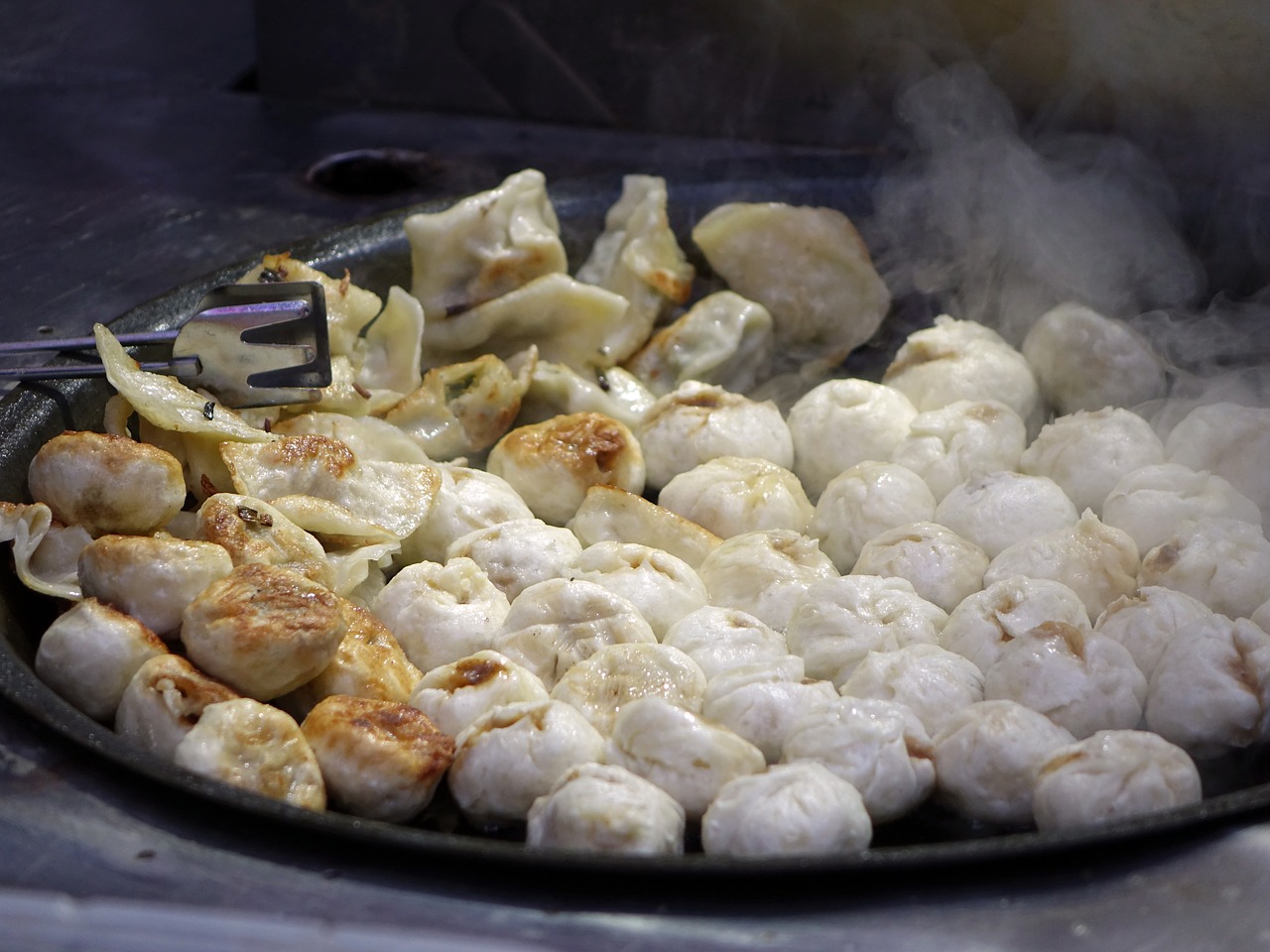 In this article we'll take a look at Chinese culinary traditions, the most popular dishes, as well as the most surprising dishes. Chinese cuisine is one of the most diverse in the world. Historically, China has been divided into provinces or regions. Each of them had its own dialects, mentalities, predominant foods, taste preferences, and local ingredients. This is why I propose that we look into this incredible diversity of traditions and go on the search for the best Chinese dishes.

Moreover, if you are studying Chinese, it will be very useful for you to learn the names of the provinces that I will mention in the text. There are also some dishes that are so important to Chinese culture that you will find them mentioned in any Chinese language textbook for students. In a previous article, I reviewed the most popular measure words in the Chinese language, some of which in particular apply to food, like “只” or ”个”.

1First in line is Anhui (安徽) (Ānhuī) cuisine, geographically this region is near Yangtze and Huai rivers. This province is rich in dense forests and mountains, and a whole bunch of different mountain herbs grow there. Thus, it is not surprising that this cuisine is very rich in various herbs. Moreover, it has a tendency towards a healthy diet and the main type of cooking (stewing) perfectly complements it.

2Cantonese cuisine is very familiar with a predominant sweet or sour-sweet taste. This cuisine comes from Guangdong province (广东省) (Guǎngdōng shěng) and originated in its capital, Guangzhou (广州) (Guǎngzhōu). The main focus of this cuisine is seafood. Due to the fact that Guangdong province has a coastline of 3,000 km, this is not surprising. Traditionally, they try to change the initial taste of the product as little as possible. That is why the main type of cooking is steaming. Seasonings are use sparingly, mostly soy sauce, ginger, green onions, and that’s all. Cantonese chefs used to say that if the dish was altered by a bunch of spices, then the products were probably stale.

3Fujian (福建) (Fújiàn) cuisine is also very well known in the world. It clearly reflects its own location. The mountainous region combined with the coastal region resulted in a wonderful combination of seafood and exotic ingredients. This cuisine makes extensive use of various types of mushrooms, bamboo, shellfish, and turtles. Thus, the dishes are beautifully light and flavorful.

4Hunan (湖南) (Húnán) cuisine is famous for its spicy flavors. Above all, this cuisine is known for its sharp spicy taste, fresh aroma, and rich colors. The main methods of cooking are frying, baking in a pot, and stewing. Thanks to the use of chili peppers, shallots, and garlic, the dishes, are hot and unique in taste.

5In my opinion, Jiangsu (江苏) cuisine does not offer something radically new and unique. It includes several different styles of Chinese cuisine, namely Huaiyang, Yangzhou, Nanjing, Suzhou, and Zhenjiang. Jiangsu dishes can boast of their softness, the meat is always super tender and light.

6Shandong (山东) (Shāndōng) cuisine is a mixture of two styles: Jiaodong and Jinan. The first of them pleases the consumer with its variety of seafood and Jinan, in turn, places more emphasis on soups. These traditional dishes are not very popular in the West, but according to the vast majority of experts, it is a leader in the history of Chinese cuisine.

7Sichuan (四川) (Sìchuān) cuisine is without a doubt the most famous Chinese cuisine in the world. I won't believe it if someone says they haven't heard of the spicy Sichuan sauce. It is even on the McDonald's menu... This cuisine is so famous for its spicy food. Foreigners and even the Chinese themselves often joke that the Sichuans are so used to spicy foods that they even drink water with chili.

However, you should definitely try it. The most popular ingredient is hot Sichuan pepper. Its taste is truly unique because it combines a strong aroma, citrus notes and it causes a feeling of numbness in the mouth.

8The culinary art of Zhejiang (浙江) (Zhèjiāng) province, represented by the peculiarities of Hangzhou, Ningbo and Shaoxing cuisines, cities of Zhejiang province, is rightfully considered the "land of fish and rice", the dishes of this cuisine are not greasy, known for their freshness, tenderness, softness, and smoothness, and also have a mild aroma. Hangzhou cuisine is the most famous of all three.

The most popular Chinese dishes

The first and permanent leader in the table of the most popular dishes is Hotpot or 火锅 (Huǒguō). Historically, this is one of the most ancient dishes in the world. According to some estimates, it appeared about 2,000 years ago. The first mention of this dish is in the verses of the writer Zuo Si who lived during the Western Jin Dynasty (266-316).

In fact, Huo Guo is a special pot for boiling 2 different broths: white, light for seafood, and red hot for meat. The concept is super simple: you are served with this pot of boiling broth and a separate tray with all sorts of ingredients that you dip into the broth yourself. Participation in the cooking process and the variety of products and spices will not leave indifferent even the most fastidious people in food.

Dumplings are another cultural treasure of Chinese cuisine. To a greater extent, this dish is popular in the north of China. But over time, thanks to the simplicity of preparation, it has become so popular that you can now try it in any possible country.

In fact, it's not a messy thing. Modern versions of Jiaozi have over 100 different types. Dough cakes are filled with completely different fillings, ranging from simple beef to sweet fruits or "Sichuan style" spicy meat. The filling can also be a variety of vegetable combinations including carrots, zucchini, and even bamboo. In general, everything that your heart desires.

Turning to history, in 1330 there was a very intelligent physician at the court of Emperor Renzong. He believed that duck grated with honey and baked on cherry logs had a very good effect on health. Since then, Peking duck began to be served only to aristocrats and nobles, but over time, ordinary people also fell in love with it.

There are also many traditions and rituals with cooking. For example, one of the few that I know of is that the Peking duck was fed exactly 65 days to a reference weight of 6 jin, that is, 3 kg.

According to the recipe, before frying, it is scalded, soaked, dried, coated, and marinated in rice wine, honey, soy sauce, and ginger. All this takes at least 60 hours! Each piece of poultry, which should contain both meat and lard, and the skin is wrapped in warm wheat or rice pancake, along with crispy onions and slices of fresh cucumber, and then dipped in sweet hoisin sauce.

The most unusual Chinese dishes

Chinese cuisine is always more and more amazing. Century eggs are a historically rich asset of Chinese history. In ancient times, it was a delicacy of the emperors, which over time came into the everyday life of ordinary people.

Cooking at home is theoretically possible, but rather difficult. The most important aspect of cooking is placing the eggs in a highly alkaline environment and completely shielding them from the air. A raw egg in its shell is covered with a mixture of clay, ash, lime, tea, and salt. Then sprinkle with straw or rice husks and buried under the ground. After 3 months, they have to be dug up, cleaned, and eaten. The finished product is stored in the refrigerator.

Even though CNN has recognized this dish as the most disgusting in the world, it tastes very interesting. Many people claim that it resembles pate, and the smell, oddly enough, is similar to a cleaning agent.

Fried Bee Pupae is another odd but very healthy dish. They are often used as an ingredient for cooking dishes in Zhangjiajie, Fenghuang, Southeast Guizhou, and Yunnan Province. These pupae are very beneficial with low fat and high amounts of natural protein.

They are not as popular as century eggs. However, these pupae can be found in restaurants or street food markets, as they are often very attractive to visiting tourists. They are most often served fried until golden with different sauces. They are also used as filling for pies or steamed.

Smelly tofu is exactly the kind of dish that you will not forget the smell of all your life. Everyone who has tried this dish says that the smell is like garbage or rotten meat. No matter how funny it may sound, but it's true: its smell will leave not the most pleasant memories, but it tastes great.

Traditionally, it is tofu that has been fermented in a mix of fermented milk and other ingredients. The brine in which tofu is fermented can also include dried shrimp, amaranth greens, mustard greens, bamboo shoots, and Chinese herbs. Unfortunately these days, cooking doesn't take months like it was in ancient China. Nowadays, such a dish can be found at any Chinese food court and street food market. Stinky tofu is served in different ways: cold, steamed, stewed, or, most commonly, deep-fried, and it is often accompanied by chili sauce or soy sauce.

As you may have noticed, traditional Chinese cuisine has a deep history that began thousands of years ago... As it developed, so did the language, so it is vital to understand this aspect.